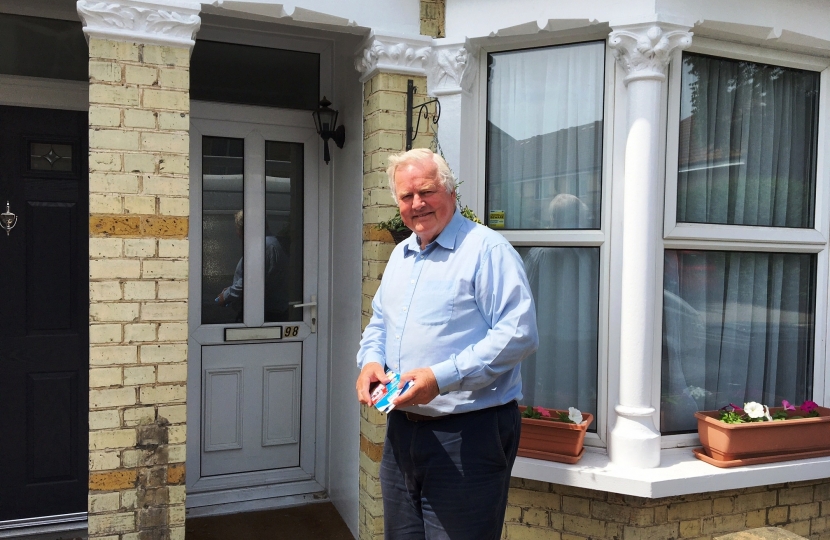 It was hot work delivering leaflets to three postal districts in Central Croydon today.  A team of three of us did so; Tony Power, Neil Cropper and myself spent 3 hours on the job.  Thereafter Neil and I went and did a walkabout in Beckenham before we ate a late lunch in Chom.

Nobody should absolutely trust political opinion polls but I have seen five published last night:

Taken as an average of all five measurements that suggests we Conservatives are currently polling about 10% above the Labour Party.  I wish the lead would have been as great as it was just two weeks ago but it isn’t and that is a fact.  However, I believe and, of course, hope the difference between Conservatives and Labour will grow again over the last 10 days before 8 June.