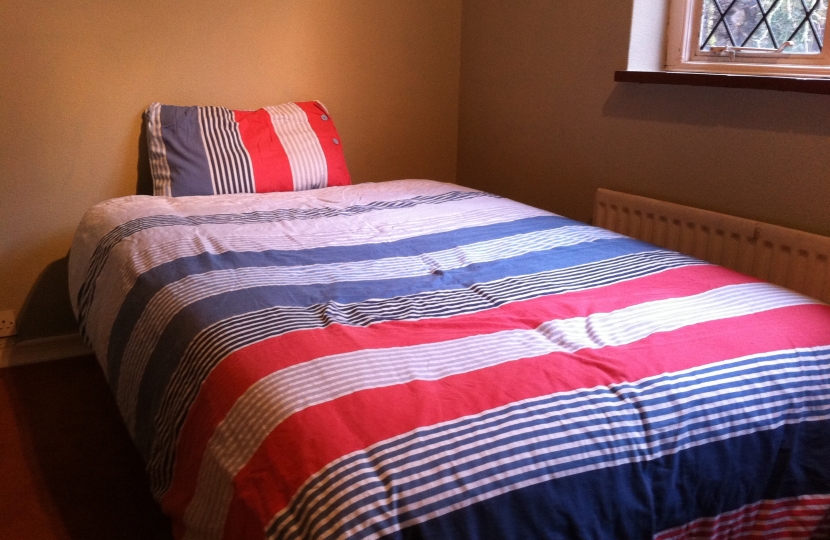 The new policy of removing the spare room subsidy is aimed at those of working age (but not pensioners) who live in social housing and have their rent paid through Housing Benefit.  People with special needs, such as the requirement for life enhancing machinery in that spare room or for a carer to stay overnight in it, will be unaffected.

There is strong public support for reducing under-occupation and overcrowding in social housing according to an Ipsos MORI opinion poll produced on 8 November 2013.  Seventy-eight per cent of people interviewed said they thought it important to sort out the problem which has led to one-third of social housing tenants who receive Housing Benefit, living in homes that are too big for their needs.  Only 14 per cent of people disagreed with a further 9 per cent undecided.  The poll also found that 54 per cent also agreed that it is fair for people of working age, who live in social housing to receive less Housing Benefit if they possess more bedrooms than they need.  Despite what some say, reducing Housing Benefit is not a ‘bedroom tax’ because their accommodation is paid for by the State.

There are nearly one million spare bedrooms being paid for by Housing Benefits, yet at the same time hundreds of thousands of families are living in overcrowded social housing.  Frequently I have people come to my surgery asking me to help them get another bedroom because their whole family has to sleep in one room.  I know too that in the London Borough of Bromley there are 6,000 people waiting for social housing, many wanting more bedrooms, yet there are many instances of one person living in a three bedroomed social housing on their own.

In the UK the Housing Benefit bill now exceeds £24 billion a year – an increase of 50 per cent over the last 10 years.  Iain Duncan-Smith, the Secretary of State for Work and Pensions, has told me in person that his Department now pays over 40 per cent of the housing rents in the County.  Of course we have to get this spiralling cost under control.

Of course, if there are special circumstances involved, Bromley Council has the discretion to take these into account and the Government has allocated money to them for this to happen.