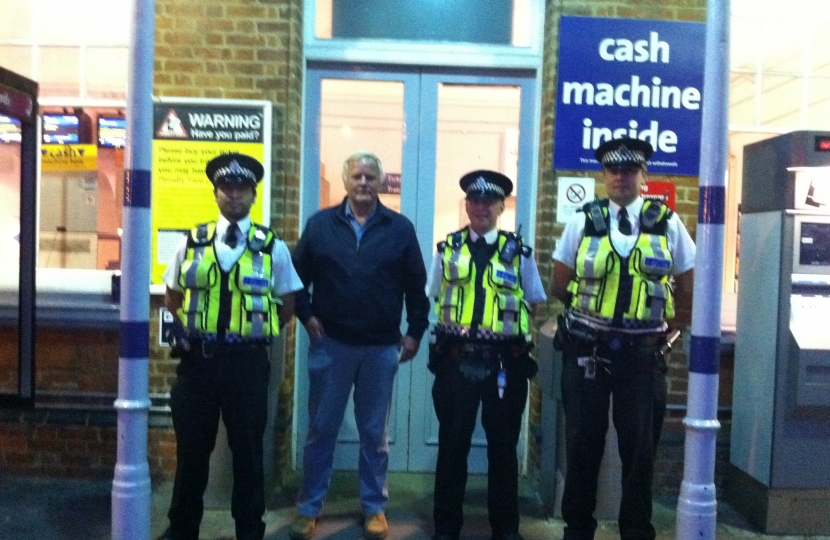 Bob Stewart MP has met with British Transport police officers following the assault on a 24 year-old man on 15th August. After speaking to people locally, Mr Stewart was informed the incident happened at the Station Road/Beckenham Lane Junction. Mr Stewart arranged to meet with Inspector Adam Hewitt and his team of British Transport police officers, who are based in their office on platform 3, to be given a tour of security arrangements and to speak with Southeastern train staff. The office varies in opening times from 07:30 am and up to 01:30 am.

Bob Stewart MP said: “This appauling assault took place 100 yards down the road from Shortlands Station. I use it everyday and often return there late at night en route home. British Transport police have accredited it with a safer station award and they assure me that it is a very safe station to travel to and from.”