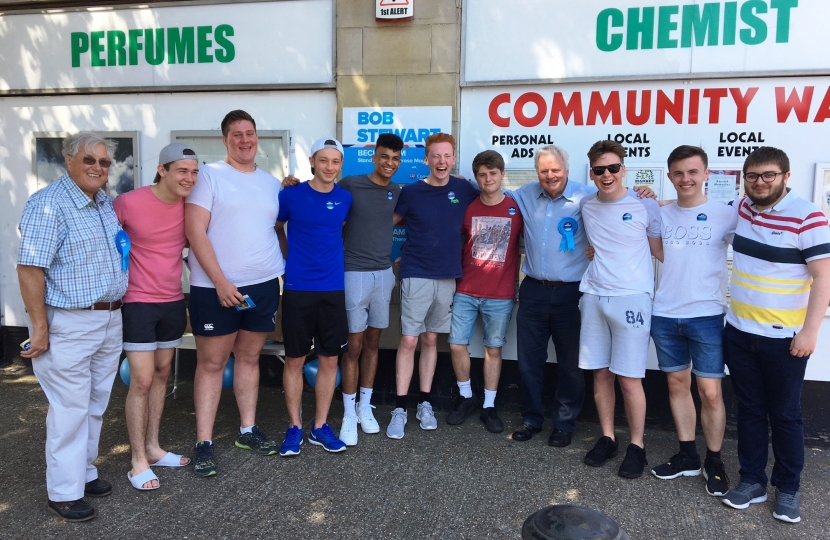 We were in the High Street, Beckenham in force today with a stall and activists walking the streets too.  It was good to see old friends like Neil Cropper turn up and I have to thank Maggie Hopgood, Tony Power and Steve Wells for organising it all.  I was very pleased when a group of very recent Hayes School Sixth formers passed by and said they were all supporters.  We had a photograph together and they wore my election badge too.

Last night I was on Talk Sport (James Whale) and BBC Radio Five Live (Stephen Nolan) about Jeremy Corbyn's appearance earlier in the evening on BBC's Andrew Neil Interview.  In his interview Mr Corbyn stated that he had never met the IRA which was something I found very difficult to stomach.  I said as much on the radio.

Later I looked at the evidence of Mr Corbyn's dissembling.  I didn't have far to look as the Guido Fawkes website gave it to me on a plate.  I repeat what he said below.

Both I and anyone else who have served and lost friends during the Troubles in Northern Ireland are more than a little disturbed by Mr Corbyn's whitewashing of the past.  I hope the British people are not hoodwinked by such memory loss.