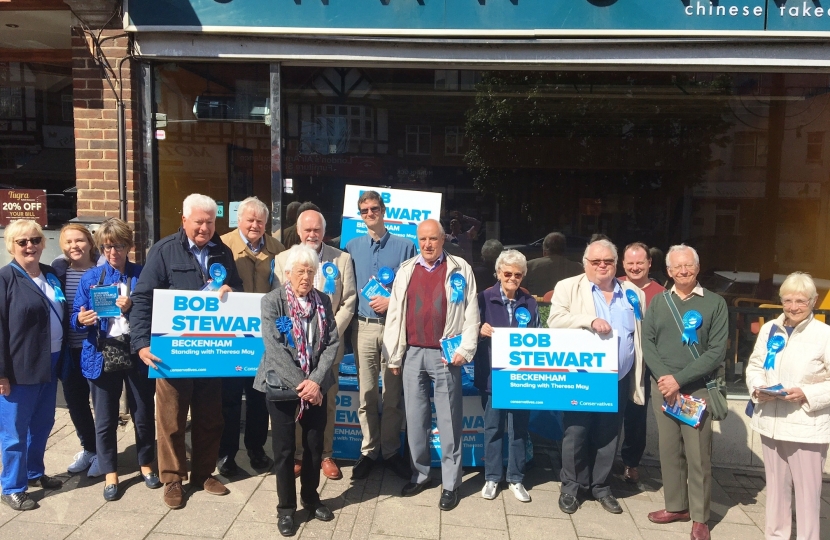 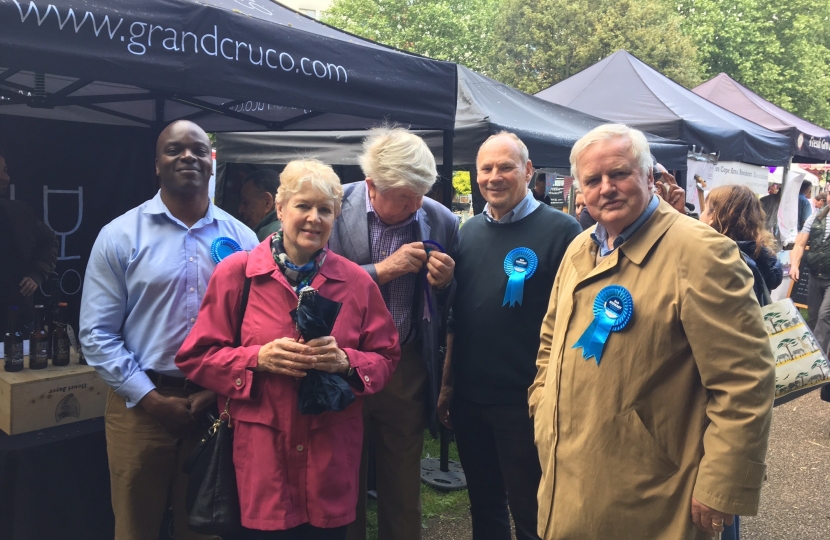 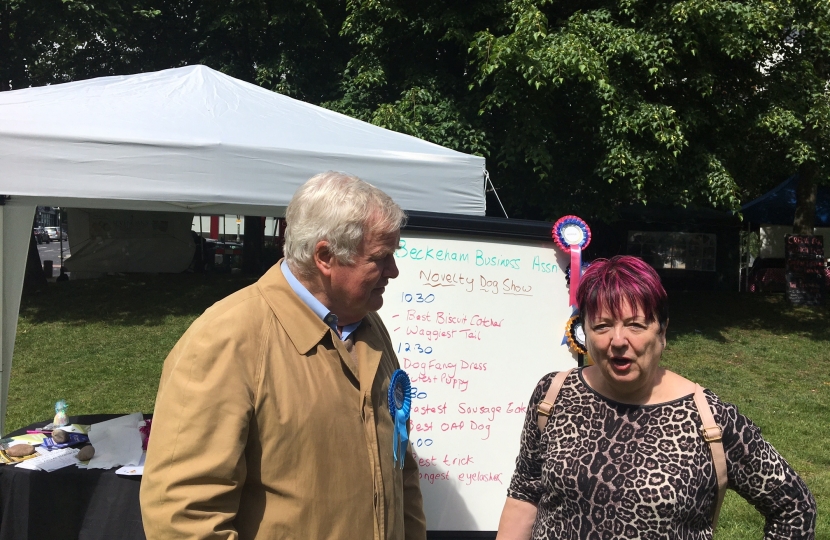 We had a really well attended street stall near Hayes Station this morning.  I was very pleased that so many activists turned out for it including councillors Mary Cooke, Neil Reddin, Peter Fortune and Graham Arthur. May I particularly thank Anne Manning, Peter Harrold and Len Tutt for getting things organised?  Gareth Bacon, Member of the London Assembly for Bromley and Bexley, turned up too. In addition it was great to see Mr and Mrs Nigel Waterson.  I am delighted that they are constituents.  Nigel was a Member of Parliament from 1992 – 2010 and he is also supporting our work in Eastbourne. Kira Gabbert, Scott Pattenden, Val Burgess, Paul and Gloria Brown as well as our Chairman, Brian Cooke, were all there too.  It was quite a turnout.  Thank you so much to everyone who came.  Hayes itself was not as busy as normal but I met and was quizzed by quite a number of people and the subject of school funding was raised several times.  I will come back to that in a moment as that topic keeps coming up on the streets.

In the afternoon, together with Lewisham West and Penge Conservative Candidate, Shaun Bailey and councillors Michael Tickner, Mary Cooke and Russell Mellor I visited the latest incarnation of the 'Market on the Green' near St George’s Church.  Among others also present were Brian Cooke and Mrs Geraldine Mellor.  The photo shows (left to right) Shaun Bailey, Mrs Geraldine Mellor, Councillor Russell Mellor, Councillor Michael Tickner and myself.

It was also good to catch up with the Chair of Beckenham Business Association, Jackie Groundsell  who had just finished running a very amusing dog show,  She awarded Oscars for 'waggly tails', 'stylish sausage eating', 'fancy dress', 'biscuit catching', 'tricks', 'longest eyelashes' and 'cuteness'.  Bearing in mind I was on the scrounge for votes I certainly didn't want to offend any of the humans owned by Rover, Roxie, Max, Sammy, Buster, Rex, Bella or the adorable puppy Molly, so I am seriously glad Jackie didn't ask me to judge how they did on the catwalk (!!).

Although I am slightly repeating myself (from Thursday’s blog) I want to re-assure parents of children who have worries about local schools not having enough money.  They will be fine.  I have also privately been in contact with Justine Greening, the Education Secretary, about this and she confirms that too.  As written proof, I simply quote a paragraph from the Conservative Manifesto:

“The way funding is distributed to schools in England is not fair. Across the country, children with the same needs and expectations receive markedly different rates of funding for their school place. We have begun to correct this and in the next parliament we will make funding fairer still. We appreciate that it is hard for schools receiving a higher level of funding to make cuts in order to pay for increases elsewhere, so while we will make funding fairer over the course of the parliament, we will make sure that no school has its budget cut as a result of the new formula. We will increase the overall schools budget by £4 billion by 2022, representing more than a real terms increase for every year of the parliament. We will continue to protect the Pupil Premium to support those who need it.”