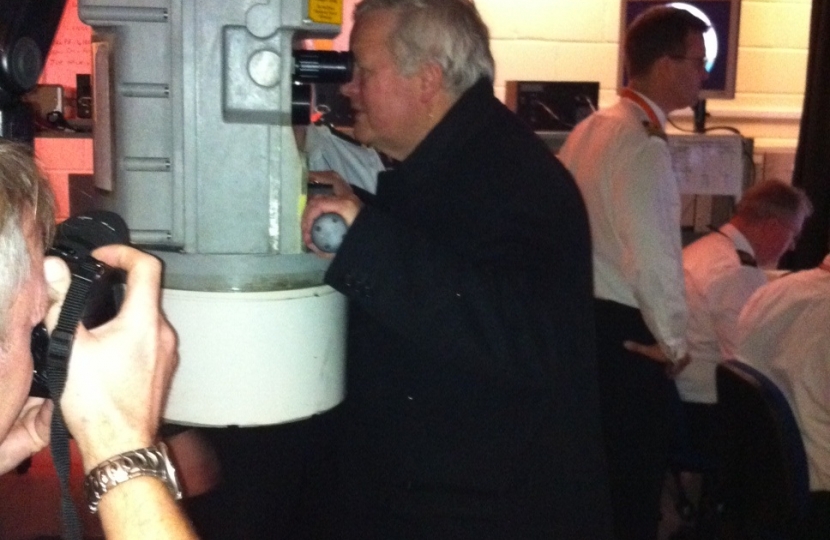 Bob Stewart MP visited Devonport Naval Base this week to see first-hand the equipment and resources available to the Royal Navy.

Aboard the nuclear powered submarine HMS Turbulent Bob had a chance to see the boat’s torpedoes and cruise missiles up close.

HMS Turbulent is almost ready to deploy on operations and will be leaving its parent base within days. Bob was particularly impressed by the very small space in which the crew have to live for weeks on end.

During his visit Bob was particularly interested to see how ordinary sailors viewed the cuts being imposed by the Strategic Defence and Security Review. He spoke to sailors under training and was very impressed by their professionalism and enthusiasm.

“Overall I was extremely impressed by the officers and sailors I met, but it is clear the Royal Navy faces a huge challenge as it deals with the impact of cuts necessary because of the SDSR”.