Rioting And Looting In Beckenham 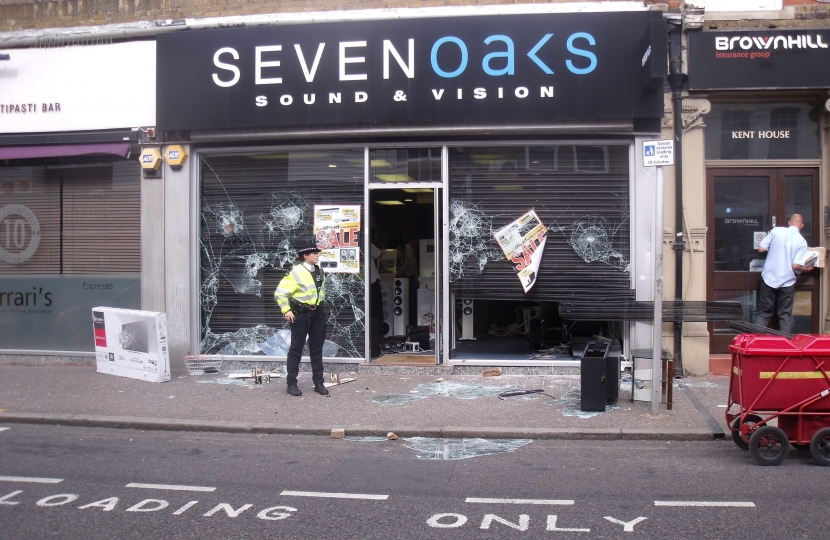 Bob Stewart MP has called on Parliament to give its full support to the police following the recent rioting and looting across the country.

He spoke out after meeting with business owners whose shops had been damaged and looted in Beckenham and Hayes during the recent disturbances.

During the Parliamentary debate Mr Stewart said: ""One of the real problems is that the police are extremely concerned that if they act out of a defensive position and go forward while holding the crowd or watching for evidence, they might find themselves in the dock. We must support them utterly and completely and say that from now on when they act in good faith they will have our total support"".

Mr Stewart also met with the Chief Superintendant of Bromley Police and his deputy to see for himself how they are using CCTV footage of the riots to bring the perpetrators to justice.