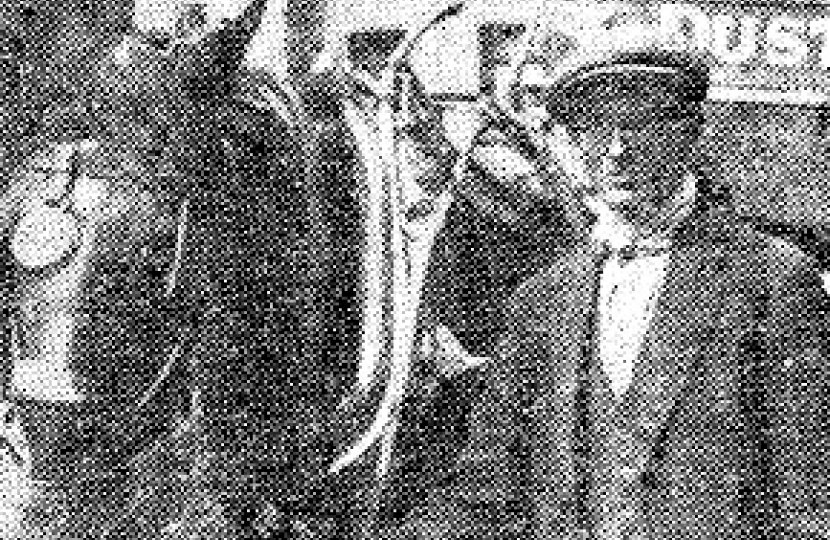 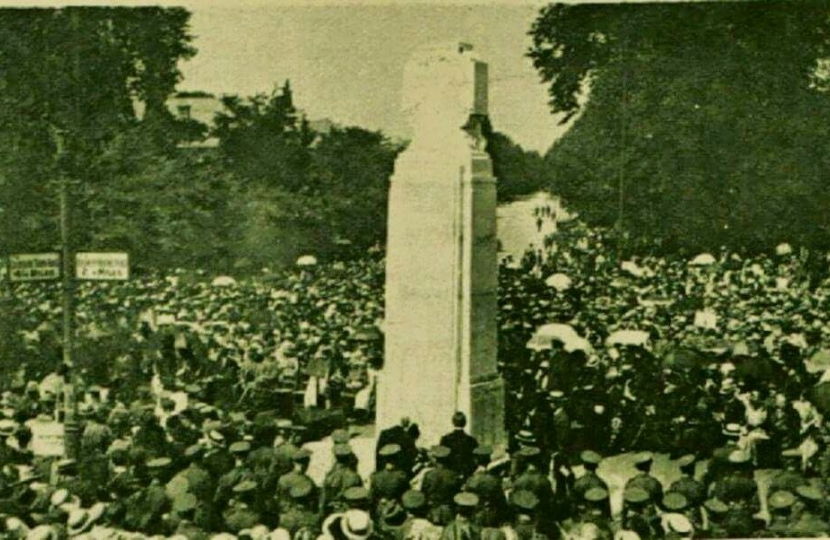 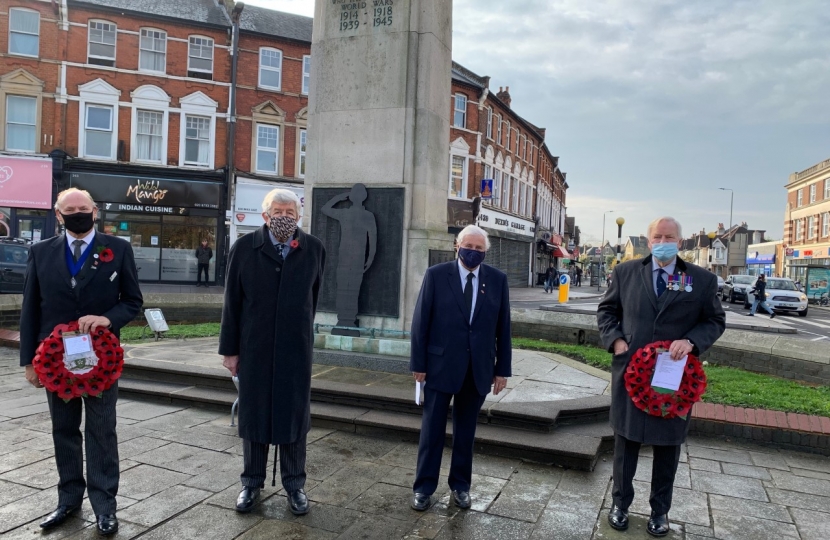 The Beckenham War Memorial was unveiled on 24 July 1921 by Mr Bert Hanscombe DCM MM who was a local war hero and by then a local dustman (see photos of Mr Hanscombe and the Opening Ceremony).

From the First World War 711 names of those killed are recorded on the Memorial. To that were added 300 service personnel killed in the Second World War as well as 330 civilians. It seems that in the Second World War more local people were killed by bombs as well as missiles like the Doodlebug (V1) and V2 rocket than those who had fought in the armed services. Beckenham was certainly right in the centre of what came to be called ‘bomb alley’: the route German aircraft, missiles and rockets took en route to bomb London.

Today, Sunday 8 November, a much smaller than usual delegation (because of COVID-19 restrictions) placed wreaths at Beckenham War Memorial to commemorate all killed in wars. The final photograph shows, from the left, Councillor Michael Tickner, Councillor Russell Mellor, Tony Power (Rotary Club) and myself at the Memorial shortly before 11am.