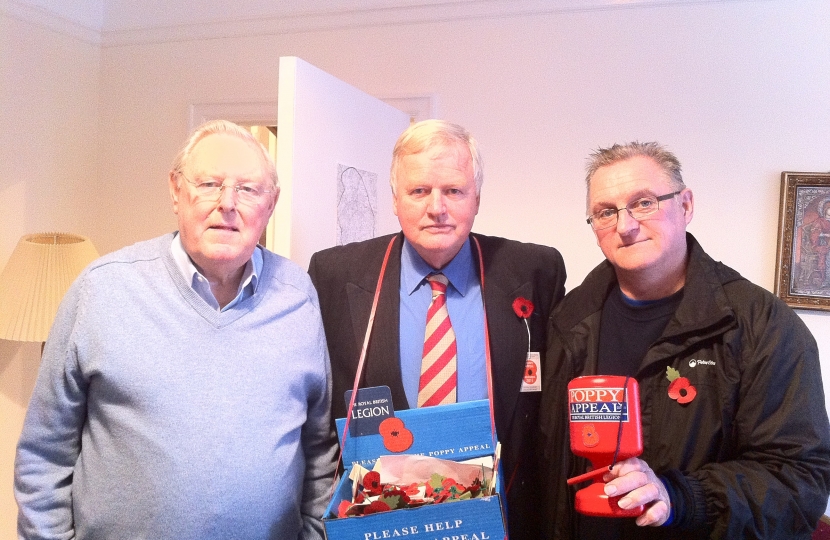 Bob Stewart MP has joined with members of the Royal British Legion in Beckenham to sell poppies in his Beckehnam Constituency. Mr Stewart spent the afternoon in Beckenham High Street meeting constituents and raising a total of £35 in donations.

Mr Stewart said: ""I know only to well as a former soldier the great debt we owe in Britain to those who made the ultimate sacrifice serving our country. I was deeply moved by the level of support I encountered in Beckenham for our armed forces and by the generosity of my consituents for their donations to the Royal British Legion who do so much splendid to help members of our armed forces past and present"".