Recent speech in Parliament to remember the Holocaust 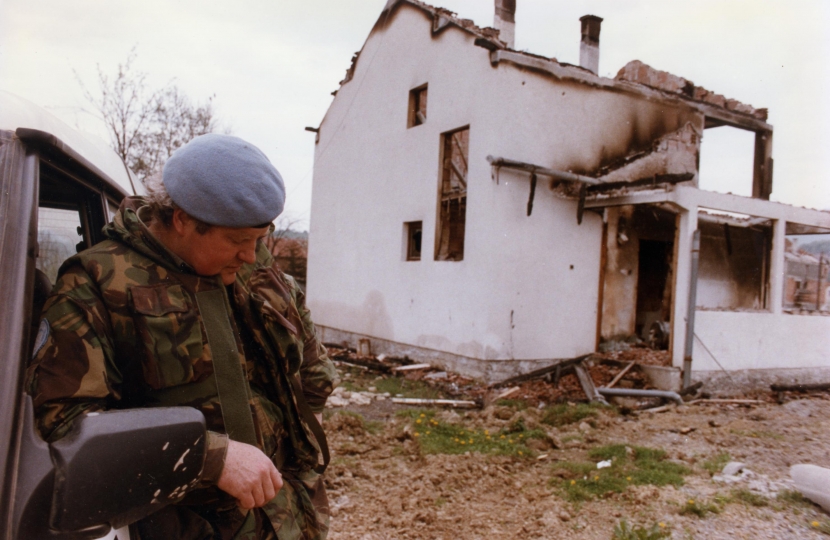 Bob Stewart (Beckenham) (Con)   On 27 April 1993, I stooped to pick up what I thought was a black rubber ball. I put it in my hand, looked at it and then dropped it in horror. I had picked up the blackened, burnt head of a baby. I was horrified and guilty. The day before, I found a whole family—a father, a mother, a boy and a girl—lying where they had been shot. From the way the bodies were arranged, it looked as though the little girl had been shot while holding her puppy. The same bullet had killed them both.

I was the British UN commander in Bosnia at the time, and my men were horrified. We took more than 104 bodies, mainly women and children, to a place called Vitez, where we dug a big pit in which to place the bodies. Someone said, “Take them out of the bags,” because we had put them into our body bags, which an infantry battalion always carries. “You cannot bury bodies in plastic,” we were told. One of my men said to me, “This is 1993, not 1943. This is genocide again.” And it was.

We still have this scourge in the world, and I believe that is what the Holocaust Educational Trust is all about. Goodness me, what is it that allows a man—it is normally men, not women—to do this? Sometimes it is the society they live in, sometimes it is custom, sometimes it is greed and sometimes it is because they are wearing a uniform. None of the massacres we have talked about today were carried out by civilians. Uniforms can encourage people to behave disgustingly.

I believe that the purpose of our debate today is to try to stop genocide happening again, and the way we can do that is by action. We sit in a cosy, warm Chamber, and we all say how disgusting genocide is and how appalling it is that it has happened. What can we do about it? Well, take it from me, there is only one way to stop genocide and that is to get in among the people who are doing it and stop it. Sometimes that requires us to be brave with our armed forces and with our police. Words work, but action to stop genocide requires men and women to go in there and run risks to stop murder.