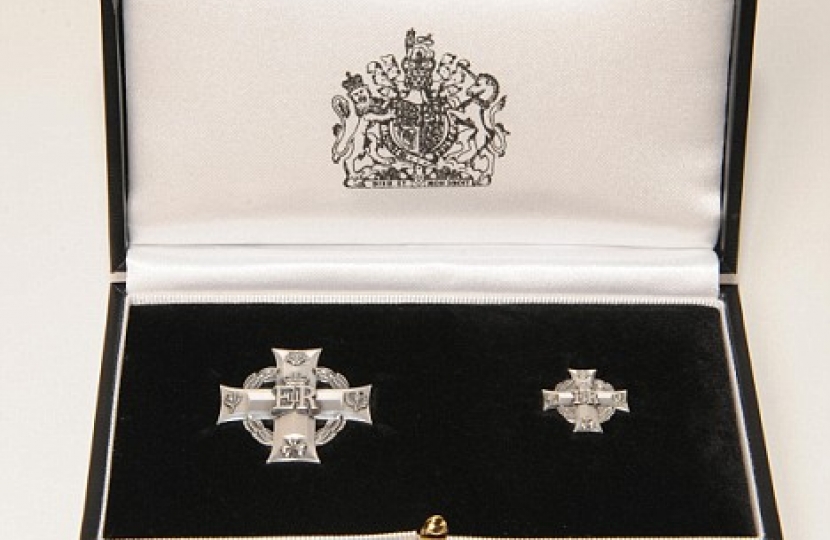 I gave the following speech in the House of Commons last night. It calls for the award of a badge similar to the Elizabeth Cross (photo), which is given to the next of kin of all Service personnel killed on operations, to members of the police, fire and ambulances services.

Since 2009, the armed forces’ next of kin have been given the Elizabeth Cross if a family member has been killed in action as a result of terrorism. The award is obviously named after Her Majesty the Queen. I believe that such an award should now also be made to the police, fire officers and members of the ambulance service. I suppose that it would be appropriate to link them all together as blue-light services.

It is difficult to get consolidated lists of firefighters who have been killed doing their duty, but at least 69 died between 1986 and 2017.

Ambulance personnel who have died in the line of duty have normally been hit by vehicles when attending casualties, and figures are difficult to get—yet it happens.

Maybe, with the approval of the Queen, we might be able to call this award the “Charles Cross”. After all, His Royal Highness Prince Charles is patron of the National Police Memorial Day.

Frankly, I believe it would be a thoroughly appropriate name for such an award. I suppose the scheme might be expanded to include the air ambulance and the Royal National Lifeboat Institution, which are really part of the blue-light fraternity of emergency services.

I suggest that the award should go no further than that. I believe such an award to be utterly proper and decent, and it may indeed give close family members of those who have lost their lives protecting the rest of us some solace and perhaps not a little pride when they wear such a decoration.

The Conservative Party Conference is ongoing in Manchester at the moment.  Here ministers will take centre stage to set out their vision to the British people on tackling the big challenges we face going forwards.