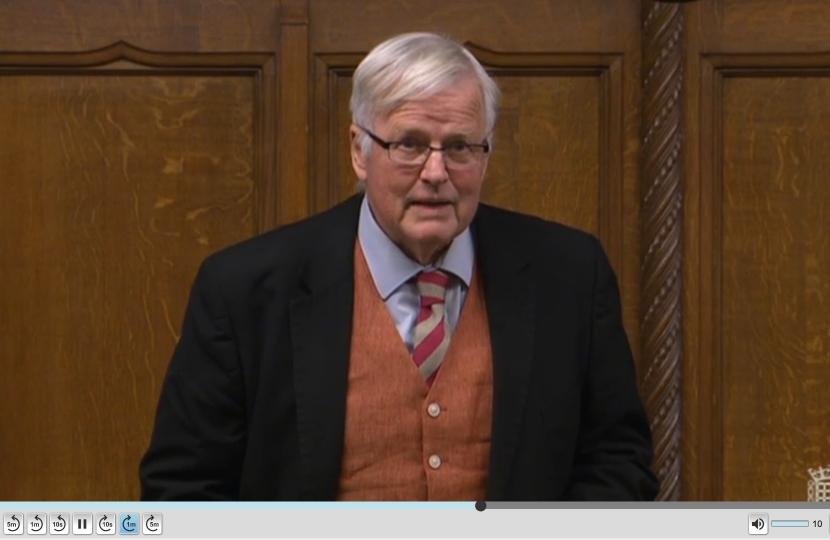 On Wednesday 23 September I spoke in favour of the Second Reading of the Overseas Operations (Service Personnel and Veterans) Bill in the House of Commons. This is a terribly important piece of legislation which seeks to stop vexatious claims being made against our Service personnel - such as those we repeatedly saw being made from the Irq and Afghanistan campaigns. It is totally supported by Service charities and, of course, myself.

"May I emphasise the point that my hon. Friend the Member for Wolverhampton South West (Stuart Anderson) just made. He made the first reference to the people who are really affected by what we are talking about—that is, the young men and women who are normally charged. Let us remember, colleagues, how bloody awful it is to undergo some of these investigations time and again. Let us recall how dreadful it was when we saw those ambulance-chasing lawyers going after units and individuals in Iraq, and later in Afghanistan.

We all know that a lot of money was made—3,400 allegations were made about our servicemen and servicewomen, and 65% of those were made by Mr Shiner’s company, Public Interest Lawyers, which made a heck of a lot of money. With every accusation, the Ministry of Defence had to back it up with legal aid. The lawyers got four hours of legal aid; probably about £1,000 was given to these lawyers. Actually, the people who were under investigation did not have much support when they were going through it.

I am appalled by the idea that the Ministry of Defence had to pay out £40 million for fallacious claims and another £10 million on Operation Northmoor, which was about Afghanistan. I am pretty appalled that the Iraq Historic Allegations Team within the Ministry of Defence did what it did. It did not help our armed forces, and that is held against the Ministry of Defence. It should have sorted that out a long time ago. Obviously, most claims were fallacious. Shiner was struck off in 2017, but not before he, with 65% of the allegations, had done huge psychological and mental damage to our servicemen and servicewomen.

I am pleased that these two organisations have been closed down. It cannot happen again. That is the purpose of the Bill. It may not be 100% perfect, but as my hon. Friend the Member for Wolverhampton South West said, it is what our armed forces want to happen. There are about 2 million veterans in this country and they want this to happen, and it will encourage, not discourage, people to join the military.

I personally am delighted that the Bill has been brought forward. I congratulate my hon. Friend the Member for Plymouth, Moor View (Johnny Mercer), although if he wants to continue as a Minister in the Ministry of Defence he should get a haircut. I think I have said enough."

Earlier in the debate to counter the charge that the Bill did not specifically mention the illegality of torture I made the following intervention:

"Speaking as a commanding officer who has gone into the field, may I point out to the House that it is not just this Bill that we have to operate under? Let us take, for example, torture. Article 17 of the Geneva convention specifically prohibits torture, and we can be charged for that. I certainly used to make great emphasis of this point in training troops to go into the field. It is not just this Bill under which we operate."