Our Withdrawal From Afghanistan 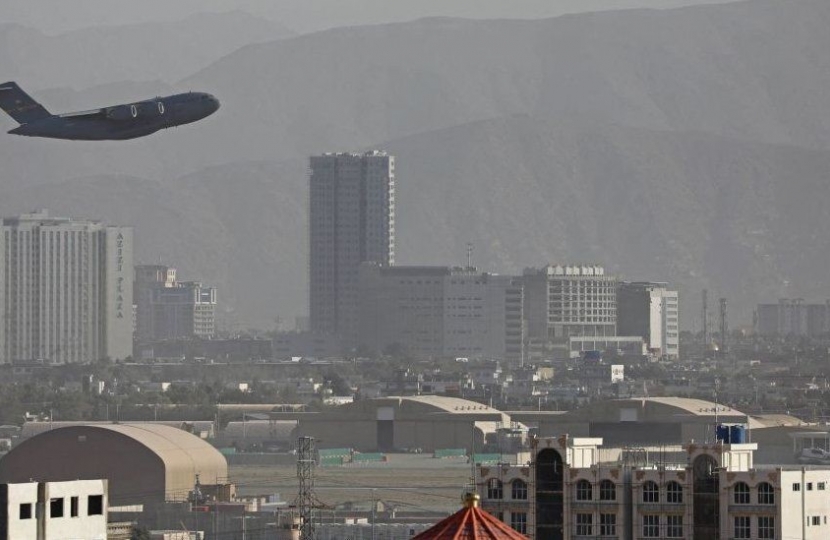 Observing the final evacuation flights take place this week from Kabul airport left me with decidedly mixed feelings. I was pleased at the number of foreign nationals and Afghans who assisted coalition forces we and our allies managed to get out: over 122,000 people in total, with the British contribution at over 15,000. My overwhelming fear, however, is that so many who wanted to escape have been left behind and what enduring cruelties may now lie in store for them.

My fears were only compounded by the utter revulsion I felt at the suicide bombing outside Kabul airport, claimed by Islamic State, which left over 170 people dead consisting mainly of families desperately seeking to escape for a better life. It was an unconscionable act of barbarity which goes against the very basic tenants of humanity.

I would like to focus on what we can realistically do in the coming weeks and months to bring pressure on the new Taliban regime to respect the basic rights of the Afghan people and not return to the medieval brutality they ruthlessly displayed when they oversaw the country two decades ago.

I made it abundantly clear in my post a fortnight ago that I consider the Taliban to be an utterly abhorrent organisation. Their claim to have learnt and evolved from their last period in power must be treated with the utmost contempt it deserves; but we cannot escape the fact that they are now in control of Afghanistan once again- however unpalatable we find it.

The Taliban are desperate to be swiftly recognised by foreign powers as the legitimate government, not least because the economy is in dreadful shape and around 80% of Afghanistan’s budget is funded by the U.S. and other international donors. The Afghanistan Central Bank holds total assets of about $10 billion assets, $7 billion of which are held with the Federal Reserve Bank in New York and have been frozen by the U.S. administration. That seems a sizeable negotiating chip to start off with! Separately, the World Bank and IMF have also suspended payments to Afghanistan with immediate effect.

The developed nations of the world should demonstrate unity of purpose by withholding recognition and payments until such time as the Taliban credibly prove they intend to uphold the standards they claim and will not allow the country to become a haven for terror groups or violate human rights, with all the diabolical consequences that would mean for women and girls. I do not include the provision of direct international aid to the people of Afghanistan which we must ensure continues through the proper agencies.

Britain can choose to take a significant lead on this, as chair of the G7 and a permanent member of the United Nations Security Council. This, after all, should be what characterises Global Britain: putting our democratic values and the dignity of the individual at the forefront of our foreign policy goals.

Of course, the likes of China and Russia, authoritarian regimes with no interest in protecting people’s basic rights, will seek to exploit the situation to their own advantage and bring Afghanistan under their malign influence. That should only stiffen our resolve.

We must not turn our backs on the people of Afghanistan. It is the very minimum we owe to them.