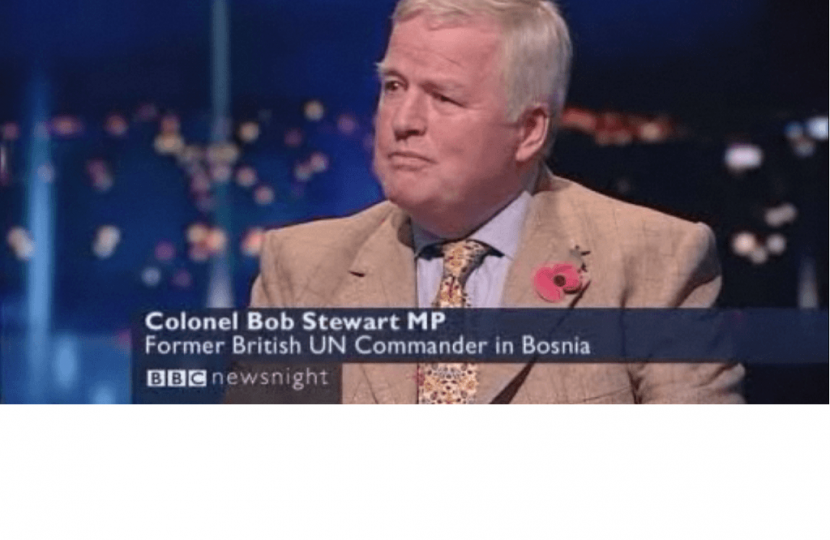 Beckenham MP Bob Stewart appeared on BBC Newsnight this evening in a studio debate on the Coalition Governments plans to limit Housing Benefit.

The Government plans to cap the rate of Housing Benefit to prevent excessive claims on the public purse.

Bob argued: ''We  want to actually bring the  total amount of taxpayers money spent on benefits down. Some people on housing benefit are getting an incredible £21.000 a year! That's alot much more than the many people in the UK are actually earning, which they then have to pay tax on. This policy is about fairness for everybody in our country!"