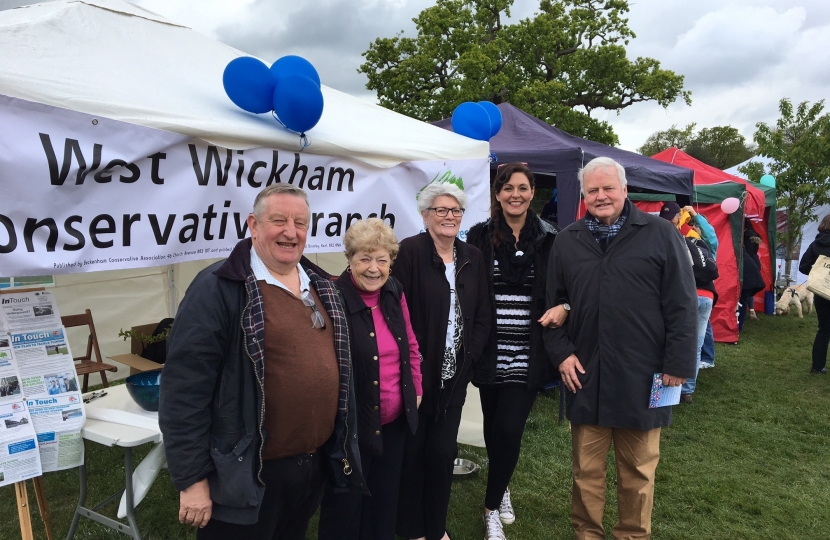 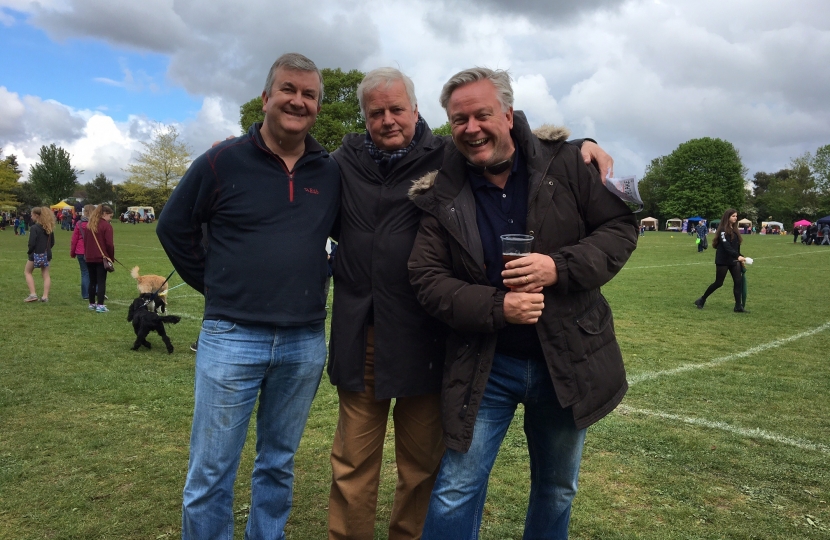 Today was the May Day Bank Holiday.  So, in the morning I could take two children to Sutton where they had piano lessons with their tutor.  On return, and after a quick lunch, I drove to the Royal British Legion in Hayes and chatted in particular with an old friend, Sean Lyden, for a few minutes.

Thereafter, and having walked 100 metres,  I went into Blake Recreation Ground and visited the West Wickham Village Day. To start with I went to the West Wickham Conservative Stall.  Two councillors, Nicholas Bennett and Hannah Gray, were there – along with several other people including Mrs Jo Sheridan and Hannah’s mother, Jean.  Then I walked around the stalls and there were many of them.  As I did so I was hailed by Carol Wells from the West Wickham Rotarian's Stall and then I bumped into an old friend, Spencer Hawkes and his chum Stanley with whom I was photographed.

I next went to a political planning meeting with Ben Spencer, Brian Cooke and Tony Power in Ben’s house at 3.30pm.  Afterwards, Tony had to leave but  Ben, Brian and I had a drink in that iconic pub, the Jolly Woodman, in Chancery Lane.  Then I came home for the night.