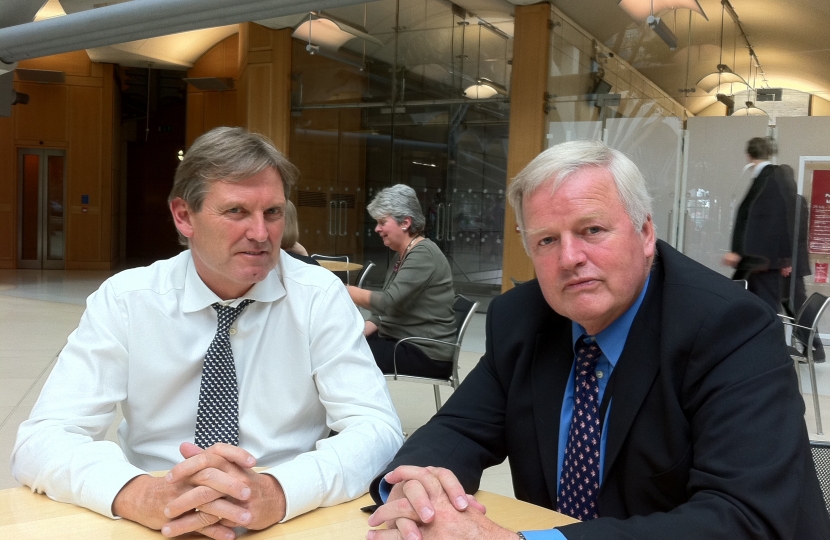 Bob Stewart MP has met with British Gas Chief Executive Phill Bentley at Parliament to find out what the company are doing to keep energy prices down.Mr Stewart was concerned at the high prices his constituents are being forcedto pay for their gas bills and wanted Mr Bentley to justify this.

Mr Stewart said ""Mr Bentley explained that we have substantially used up the gas coming out of the North Sea and now we are reliant on imports meaning we have to pay the market rate which has risen steeply. Sadly, he explained, he has to reflect this rise in what he charges customers. He assured me that he had very little choice but to raise prices. I could do no more than challenge this as I know the government itself is examining such price rises in detail. I asked Mr Bentley how ordinary people could reduce the huge costs of the energy we need to light, cook and heat our homes. He told me that British Gas is prepared to provide free loft and cavity insulation and that this has already happened in over 4,000 homes in my constituency"".