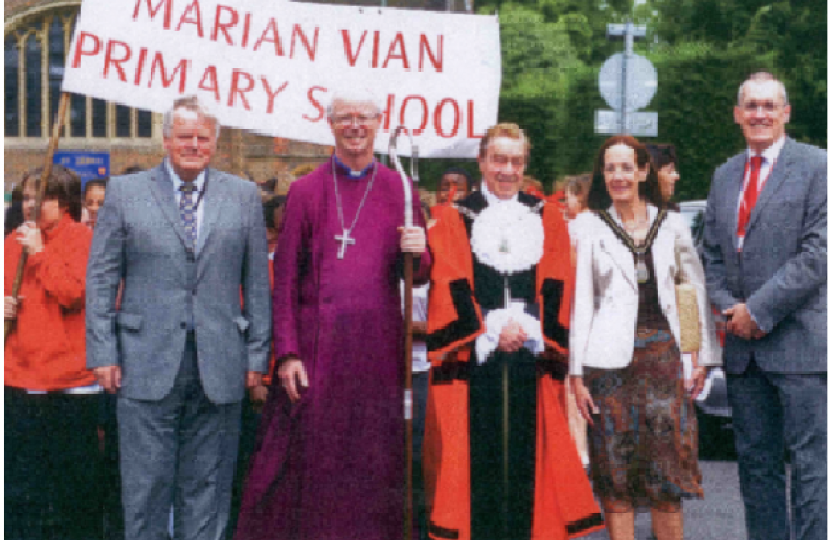 Bob Stewart MP attended St James Church on Wednesday to join in the celebrations for the 80th anniversary of Marion Vian Primary School. Children from the school read and sang in the church during the service.

Present Headteacher Ian Redgrave was joined by the Mayor and Mayoress of Bromley to see the children perform for those assembled. The event was concluded by the Bishop of Rochester giving a blessing at the end of the service.

The school was opened in 1932 and named after Miss Marion Vian Along who was a local along Magistrate and a Guardian of the Poor.

Bob said: "I was delighted to see so many of the children take part in the celebrations and honour the good work which the school has done over it's 80 years in existence for the community."