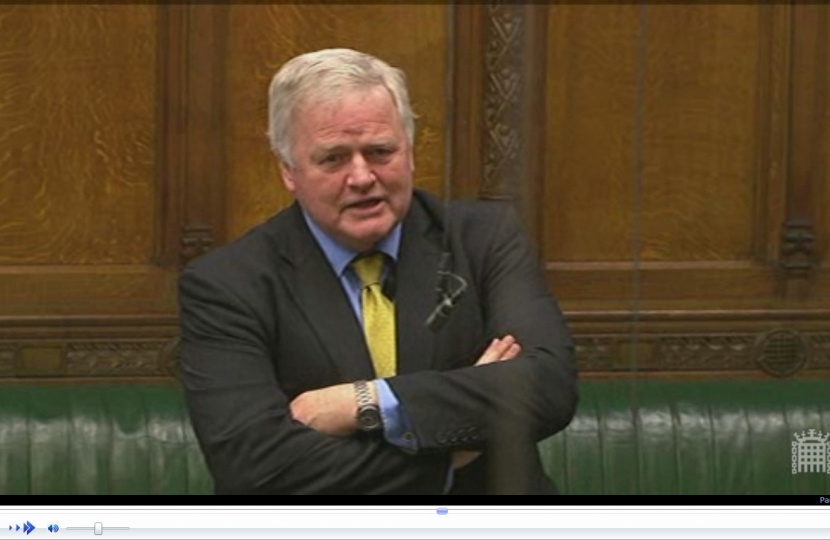 The photograph above shows Bob speaking in the Second Reading of the Care Bill.  He has always questioned why Lewisham Hospital had to be infected by failures in the South London Healthcare Trust to which it did not belong.  In the House of Commons Chamber he said, "I have never understood why Lewisham hospital had to be involved in this exercise, and I still fail to see why it has to suffer as a consequence of the failure of other hospitals that, although they are outside my constituency, affect my constituents deeply."  Later he went on to talk about the arrival of a Trust Special Administrator who seemed to have the power, without Parliamentary approval, to involve the excellent Lewisham Hospital in a reorganisation of the South London Healthcare Trust: "What level of debt would have to be achieved in order for one of these extraordinary witchfinders-generals suddenly to appear in our area to sort out our hospitals?"

In the voting lobbies on the Second Reading of the Care Bill Bob had to vote against the Government because of what had happened at Lewisham Hospital.