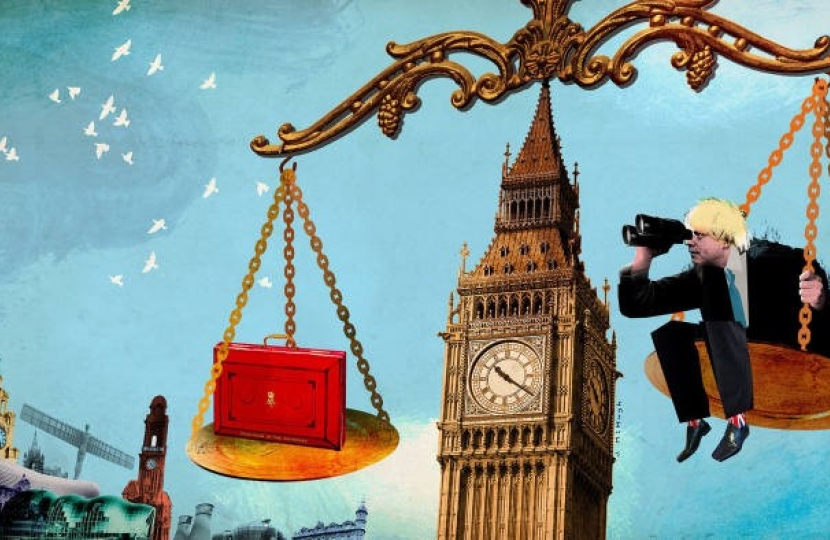 I welcomed the Prime Minister’s speech last week on levelling up parts of our country which have historically been overlooked by governments of all parties. The urgent need to generate the conditions whereby economic growth can be spread in a more even fashion across the U.K. has never been more pressing. After all, It was a deciding factor which drove so many former Labour voters in the Midlands and North of England to entrust their vote to the Conservatives at the 2019 general election, often for the first times in their lives.

As a key Conservative party manifesto pledge, I am delighted the Government has begun to set out their vision to make levelling up a reality, having not had the political bandwidth to deal with anything other than the consequences of this ghastly, global pandemic for near on 18 months.

The mere term “levelling up” has been derided by some in the media as being a somewhat opaque or vague aspiration, but I believe outside of Westminster that ordinary, hard-working people in our great towns and cities of the Midlands and North will understand exactly what it means which is essentially making living and working in the North and Midlands much more enjoyable.

The government’s intention is certainly not to increase investment and wealth creation in some areas at the expense of others. As the Prime Minister aptly put it: the government does not want to “decapitate the tall poppies.” He added: “we don’t think that you can make the poor parts of the country richer by making the rich parts of the country poorer.” I completely agree with this philosophy and it will provide people like my constituents in Beckenham reassurance that this is about managing our economy differently so that all regions of the country can prosper.

Primarily, levelling up will focus on infrastructure projects. Upgrading the transport network in the north to increase connectivity; refurbishing and reimagining town and city centres; attracting new private sector investment into manufacturing; spreading fast broadband technology throughout the country and expanding vocational education opportunities which lead to high-quality apprenticeships. In short I want to see towns and cities there much better places to live and bring up families.  Coming from the North myself and having commanded a Northern regiment once, I entire subscribe to this endeavour – as long as the resources to do it are not taken from Beckenham!