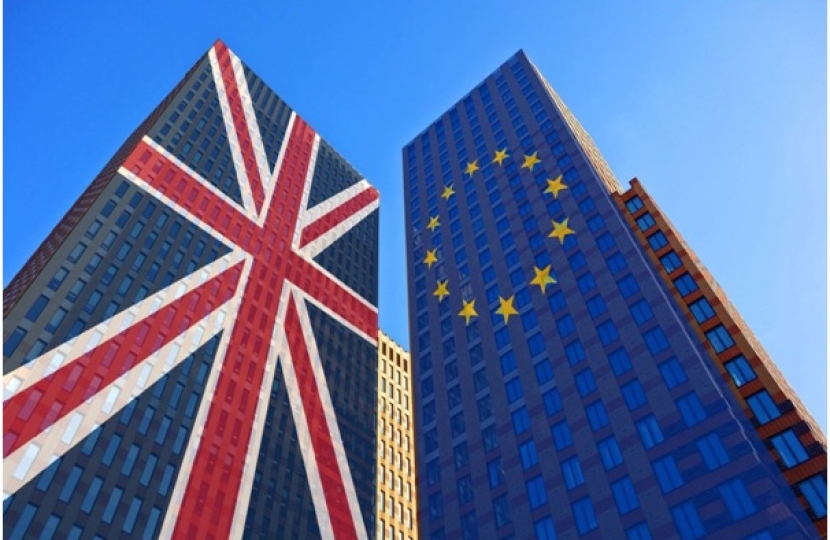 There is some fevered speculation about the possibility of a General Election very soon. I don’t know whether that will happen, but I do know that it will really be difficult to have one before 31st October which is, of course, the date in law on which we will be leaving the European Union. However I think a General Election might be on the cards after that.

Personally, I do not think those MPs against us leaving the European Union can stop that happening now. But I still believe that we will be leaving with a deal and not just on World Trade Organisation terms.

To me there is no doubt at all that Boris Johnson is determined to leave. But, like me, he would prefer that to be with a deal so that matters like tariffs, trade and the situation on the Northern Ireland border, can be negotiated during a transition phase, probably of about 2 years.

A No Deal scenario may cause uncertainty in the period following 31st October for the United Kingdom but, make no mistake, it will be equally the same for Europe. Nobody on either side really wants that.

Like Westminster, the European Union is not in session now but rest assured commissioners and officials in Brussels will still be functioning. So too will the governments of European Union members. Undoubtably all of them are watching and wondering quite how things will work out and they must be pondering whether a new deal is possible whatever they say to the contrary.

The European Union Budget is imbalanced and in debt; it is hugely overspent and so losing the United Kingdom, a net annual contributor to it will hurt mightily. It will hurt even more if the United Kingdom simply leaves the organisation and makes no divorce settlement which has been already set at about £39 billion (more than our annual Defence Budget)

We in the United Kingdom would largely keep that amount without a deal (which is to the good of course as we could use it elsewhere) but the European Union would lose it (which would be a catastrophe for its already huge budget deficit).

There is thus a massive incentive for Brussels to find a compromise and people there must fully realise this whatever the public positioning is right now.

I am sure we are leaving the European Union on 31st October with or without a deal. But, I repeat my belief that, in the end, we will reach a deal which will work for both sides. It might involve brinkmanship until the last moment (it usually does with the European Union), but I believe we will leave with an agreement.