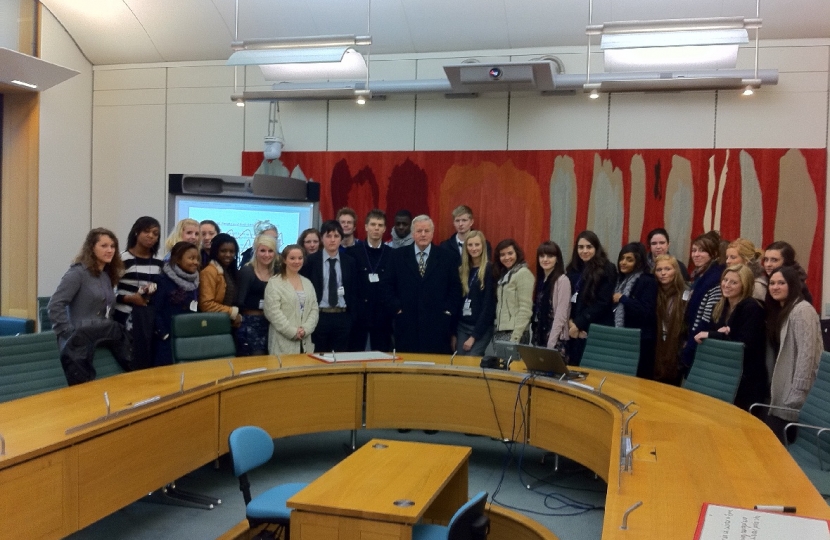 Bob Stewart MP has met and spoken to pupils from Langley Park Girls School on their visit to Parliament. 32 AS level students, accompanied by teacher Chris Stratton, were given a full tour of Parliament, including a lesson on how democracy in the UK works.

Bob joined the students for a question & answer session about his career in the army and Parliament. Asked about the pressures of being an MP Bob said: "It's stressful if you let it be, but having been in combat, having lost good soldiers under my command, I always stop and say to myself no one's has actually died."

Questioned about the proposed rise in University tuition fees Bob assured them: "No one wants to charge higher fees to go to University. Unfortunately the state of the economy and the severe debt our country is in means we're stuck with it."