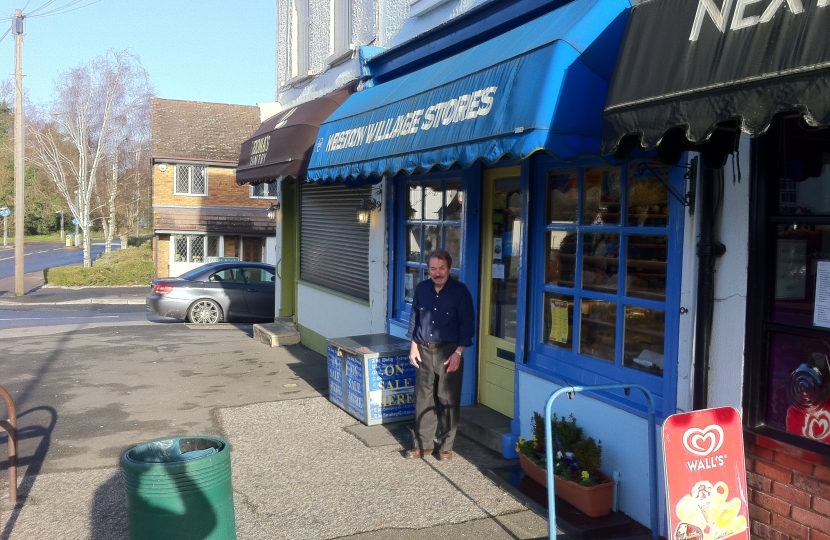 On 2nd February Bob spent the morning in Keston Village.  In particular he visited the excellent parade of shops which were built 106 years ago.  He spent some time talking to Mr Don Ward of Keston Village Stores.  Mrs Helen Ward purchased the shop in 1981 and together Don and her have run it ever since.  It is a magnificent example of the very best of village shops.  Bob took a photograph of Don Ward at the entrance to the shop and it is attached.  Afterwards Bob spent a while talking with the staff of Fiona's Pantry which is next door.