In the Kazakhstan Embassy for Football 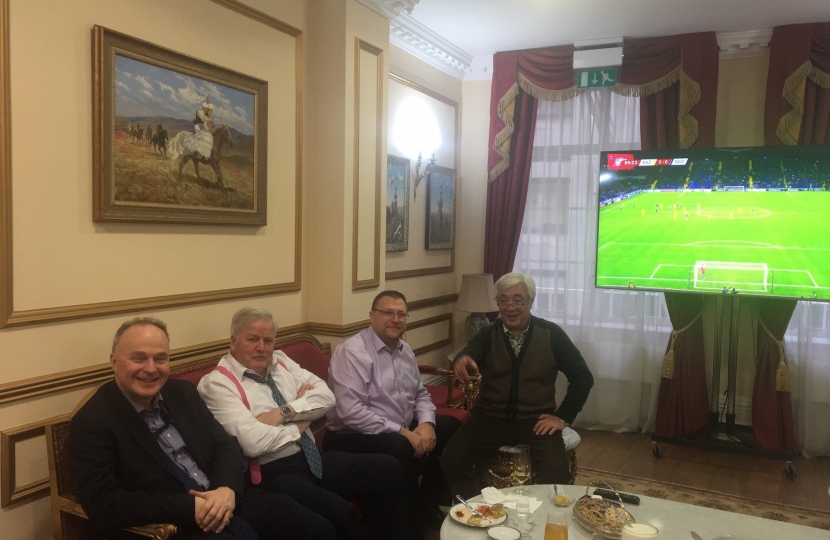 As Chairman of the All Party Parliamentary Group for Kazakhstan I was invited to join Ambassador Erlan Idrissov in the Kazakh Embassy to watch the UEFA EURO qualifying game between his country and Scotland last Thursday night. It was good to forget about the BREXIT turmoil for a while after Parliament had finished for the day although I was present with mixed feelings as I am half Scottish!

We were joined by my friend John Groggan MP and the Slovak Ambassador Lubomir Rehak. Kazakhstan won: 3-0 which certainly pleased Erlan Idrissov. Kazakhstan were the better side clearly.