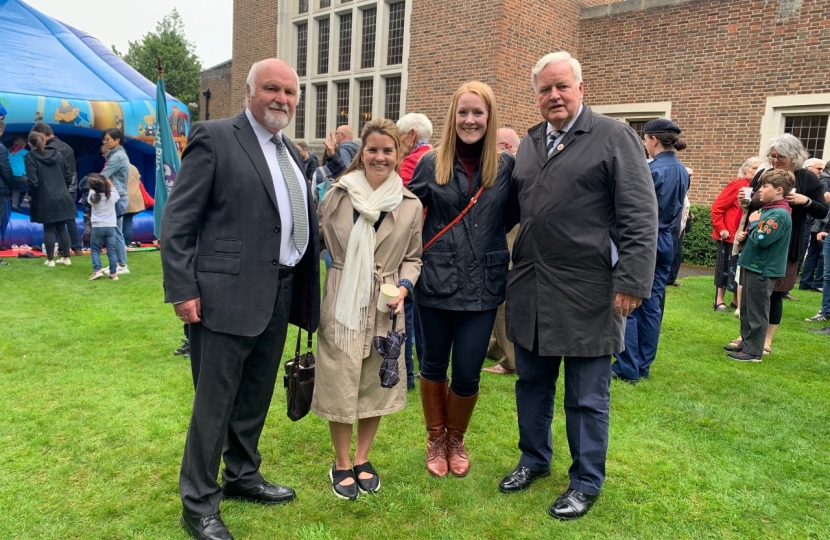 On Sunday 5 June Bob Stewart attended the celebratory church service in honour of Her Majesty The Queen at St Mary's Church, Shortlands.  The Mayor of Bromley, Councillor Hannah Gray, who was attending a huge number of street parties over the weekend also came to plant a celebratory tree in the churchyard before she had to whizz off to at least ten other street parties.  Bob and Councillors Aisha Cuthbert and Felicity Bainbridge, who are Shortlands councillors, remained though.  The attached photograph shows them with Mr Keith Mills, a friend of Bob's who graciously looked after all three of them during the church service, treeplanting and subsequent church fete.

The Sue Gray Report and its Implications

The Sue Gray Report has now been published in full and to be perfectly honest it does not contain much information that we didn't know already.  The public, and I suspect most politicians, have already made their mind up one way or another on the whole so-called ‘Party gate Affair’ so I very much