How some banks ruin SMEs 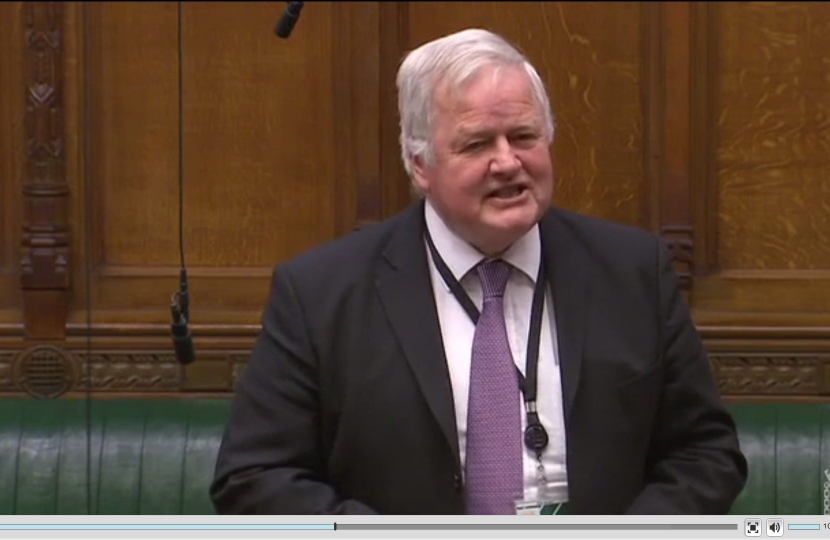 There is something badly wrong, indeed immoral, with the way some banks are dealing with small and medium sized businesses. On 18 January the appalling tactics of some of them were debated in the House of Commons.

I made the following speech on behalf of a constituent Mr Dean D'Eye whose life and business, which he had started from scratch, has been ruined. As was obvious from the House of Commons debate Dean and his family are far from alone.

“My constituent Dean D’Eye and his family and friends have been terrorised by insolvency professionals working for Global Restructuring Group (GRG) GRG of the Royal Bank of Scotland and Dunbar Bank. Mr D’Eye’s life’s work has been taken away from him. He had a development company in south London that had a value of £140 million, as well as a thriving youth-hostel business that employed 100 people.

Dean D’Eye’s father and step-mother, Derek and Ann D’Eye—82 and 71 respectively, and also constituents of mine—have been evicted from their home, and numerous other family members and friends have been attacked using predatory litigation tactics. The whole D’Eye family faces complete wipe out.

It all started 16 years ago when Mr D’Eye became a customer of the Romford lending division of NatWest, which is now part of RBS. NatWest funded his investment business and he was mentored on business development by Dunbar. During the third quarter of 2008, GRG started to hound him, despite his never having missed an interest payment and at a time when interest rates had plummeted. GRG thus managed to get him into insolvency by 1 June 2009.

The loss of a large proportion of the group’s cash flow started to cause issues with Dunbar bank, which was by early 2010 starting to experience significant problems itself. The Zurich group moved the bank to its centrally managed business division, which was headed by Mr Colm Holmes. Mr D’Eye, who is present in the Public Gallery, has described the business division as an extortion racket.

As is evident from this debate, GRG’s tactics are becoming well known, but I wish to highlight Dunbar’s far more aggressive actions and the systematic destruction of its clients’ former loyal staff, long-standing suppliers and valuers. I am pleased that the Treasury Committee is looking into the matter.

Mr D’Eye describes the current situation with respect to small business lending in the UK as utterly unsustainable, and I think we all agree. Financial institutions have been allowed to run riot with demands for personal guarantees in all aspects of business, and the limited-liability company may well soon head into extinction. If we combine that with the fact that banks do not seem to be trusted and have not been brought to justice for their actions, we have the perfect storm for SMEs.

UK productivity cannot improve without a thriving SME sector. We have some of the best entrepreneurs in the world, but we must sort out the banking infrastructure on which they rely—as well as getting justice for those poor devils who have suffered so much as a result of the banks’ actions.”