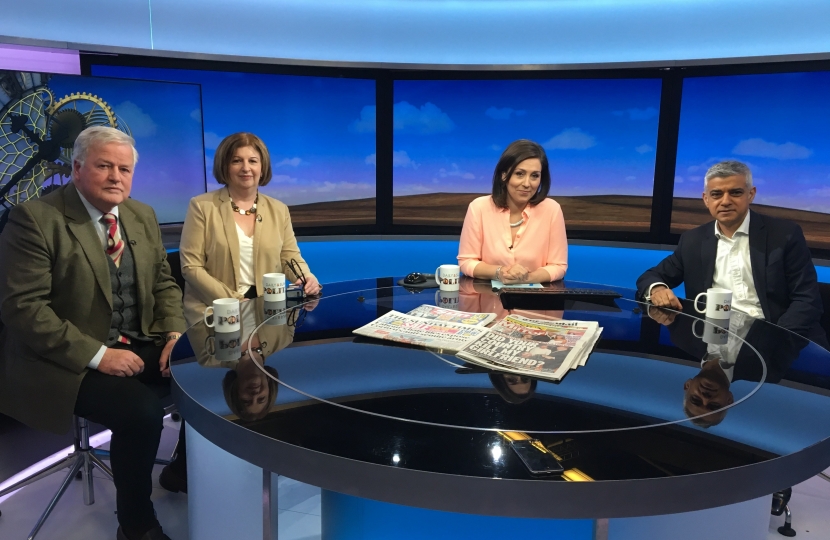 Today, Sunday 7th April, I appeared on BBC 1's Sunday Politics show with Karen Buck MP and Sadiq Khan, Mayor of London.  Although obviously we had to discuss BREXIT I wanted to particularly concentrate on the demise of small shops in our high streets and was given a couple of minutes to just that.

To illustrate the problem and with the permission of owner Debby Randall, I highlighted Columns Boutique in Beckenham, giving a rough breakdown of its revenue and costs. Columns Boutique, which has been operated by Debby for 25 years, is only just surviving. Other shops in both Beckenham, as well as West Wickham and Hayes, have not been so lucky.

I mentioned that not only should we all increase shopping in our high streets (if we wanted to retain them) but the Government must also look at how much business rates small shops pay. For example, if Columns Boutique pays £1 in business rates, out-of-town supermarkets/shops and on-line retailers could pay as little as 16p. That is distinctly unfair and must be corrected.

I suggested that perhaps there should be a Royal Commission to investigate how we can save our high street shops - perhaps helped by changing the way in which such businesses are taxed. For instance, I think moving from property based business rates to ones related to transactions or revenue could be one way forward.