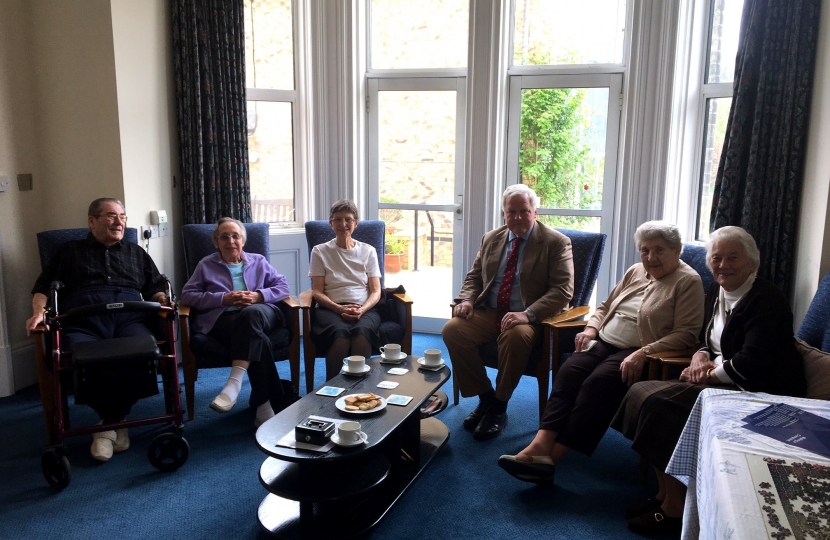 I walked to the Abbeyfield Retirement Home at 114 Bromley Road talking to people I passed as I did so.  One couple specifically stopped their car and chatted to me.  Everybody I spoke to seemed very supportive which was pleasant.

In Abbeyfield I met up with Tony Power who is not just my agent but deeply involved with the retirement home. Over a cup of coffee I chatted with residents for about an hour or so on the General Election but other things too.  Then I left with Tony and we drove in his car to his house.

There we watched a little bit of TV coverage of the local election results.  The Tories have done well in not just England but also Scotland and Wales.   But we must take nothing for granted.

I walked home for lunch through Copers Cope and Shortlands again meeting and talking to people as I did so.  It seemed to me that folk were much more amenable talking in the street than on their doorstep (where they might feel cornered?) but it was just a feeling.

In the late afternoon I attended a meeting in Beckenham Conservatives’ Office with Ben Spencer, Tony Power and Brian Cooke. Whilst we were talking Ben Spencer received a text telling him that Andy Street had won the West Midlands mayoral contest.  That was great news. By the end of our meeting we had decided exactly what pamphlets we needed and what should be put on them.  Ben had to go quickly when we finished - he was off to watch his team, Spurs, playing the Hammers in the Olympic Stadium at 8pm.