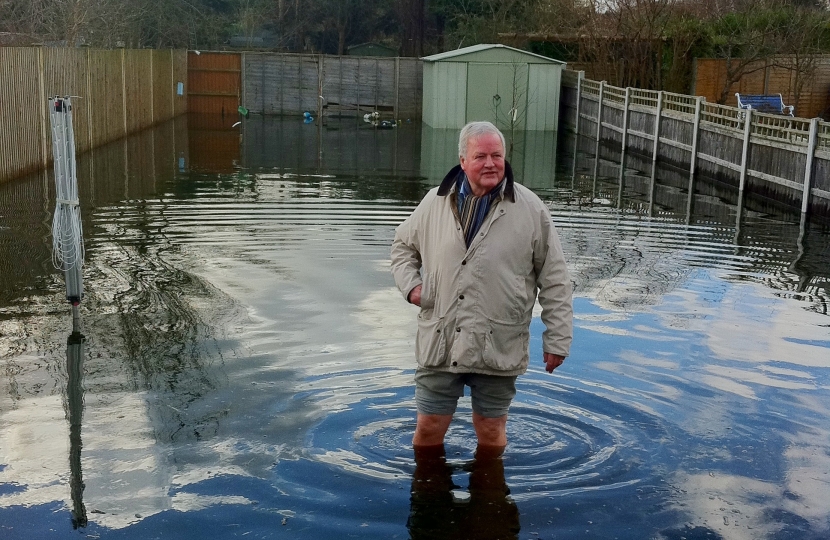 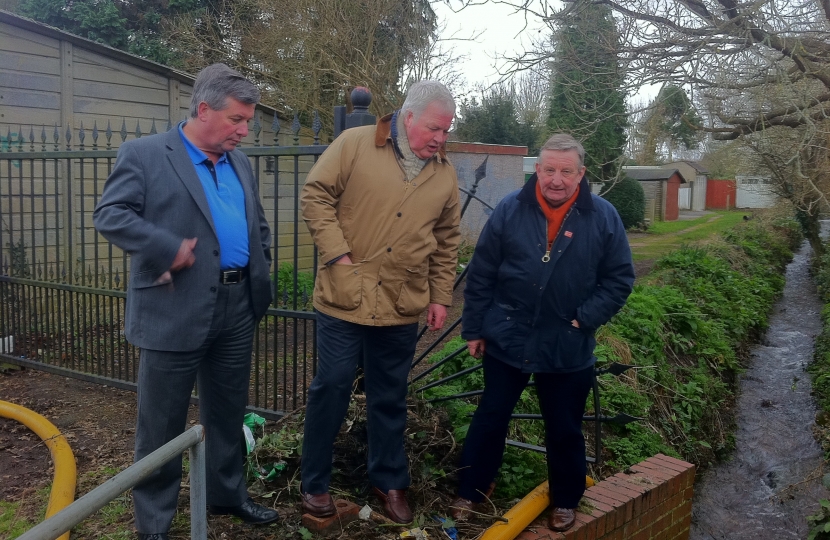 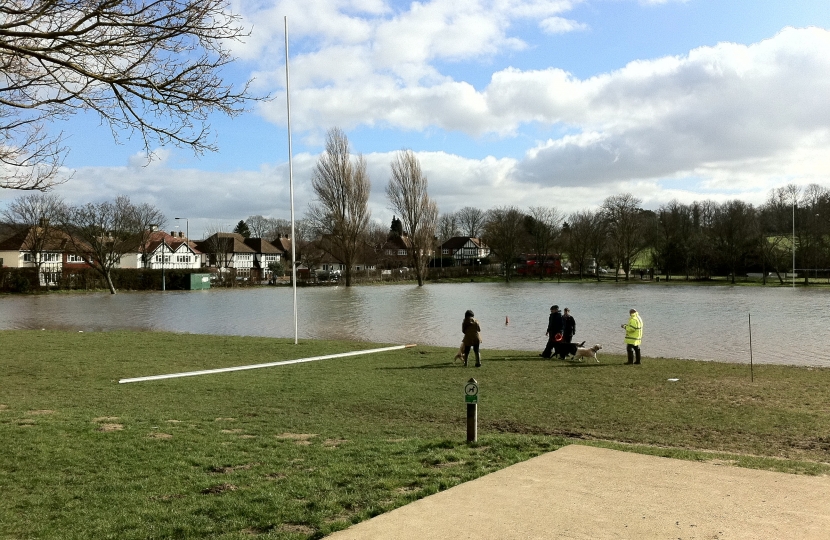 The flooding situation remains very serious.  On Saturday 15 March Bob returned to Courtfield Rise and remained alarmed at what he saw. He is concerned about the long-term implications of flooding along the valley of the River Bourne.  The lake which occupies the Beccehamians First Fifteen Rugby Pitch is hardly subsiding and many gardens in Courtfield Rise still have substantial water in them.  A number of houses have also had their cellars flooded which is really bad news too..

Clearly the water table has reached ground level in the area and urgent consultations are now taking place between the Environment Agency and Bromley Council to see what can be done to fix the problem both now and into the future.

The three photographs above show Bob, in the garden of 11 Courtfield Rise, then with Councillors Colin Smith and Nicholas Bennett looking at fire engine hoses emptying water into the Rover Bourne culvert and finally a view of the First Eleven pitch at the Beccehamians Rugby Club which is now a lake.