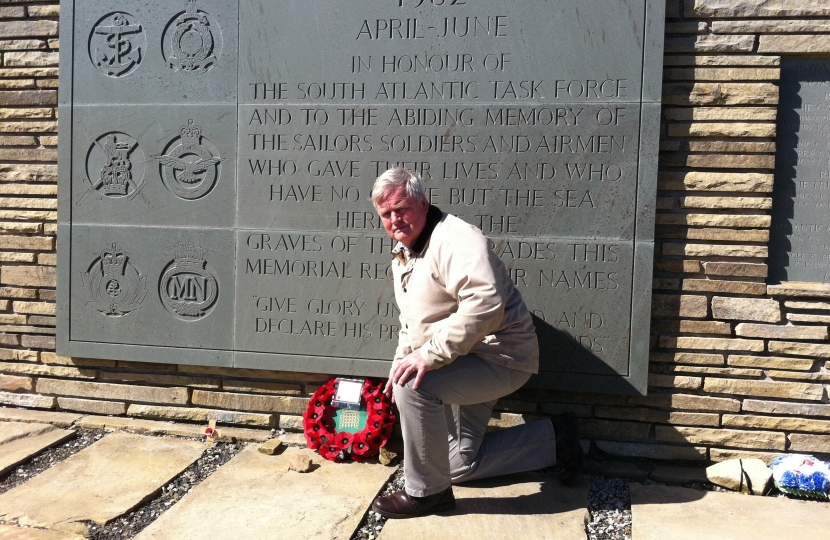 Beckenham MP Colonel Bob Stewart has been on an official visit to the Falkland Islands with the House of Commons Defence Select Committee from March 4th-10th.

The purpose of the trip was to assess exactly how British forces on the Falkland Islands operate and are sustained in a place which is over 8000 miles from the United Kingdom.

The visit came at a time of heightening tensions between Britain and Argentina over the Islands sovereignty. This year will see the 30th anniversary of the Falklands war when British forces liberated the Islands after Argentina invaded and occupied them in 1982.

The Committee’s journey to the Falkland Islands involved a 20 hour flight from RAF Brize Norton in Oxfordshire, including a refuelling stop at the Ascension Islands close to the Equator.

During his visit Colonel Stewart met with the Governor, members of the Falkland Islands legislative assembly, and various members of the British military from the commander downwards. He also visited the memorial to the lives of the 255 British military personnel who died in the 1982 conflict. Colonel Stewart briefly met Prince William who is stationed in the Falkland Islands as a sea king helicopter pilot.

Colonel Bob Stewart said: “The highlight of my visit was an intensely moving visit to the San Carlos military cemetery where a number of soldiers from the Royal Marines and Parachute Regiment are buried, including the grave of Lieutenant-Colonel H Jones VC, who won a Victoria Cross posthumously for his brave actions at the battle of Goose Green. Having met many of the islanders it has reaffirmed my view that the Falkland Islands is British and will remain British until the inhabitants deem otherwise.”