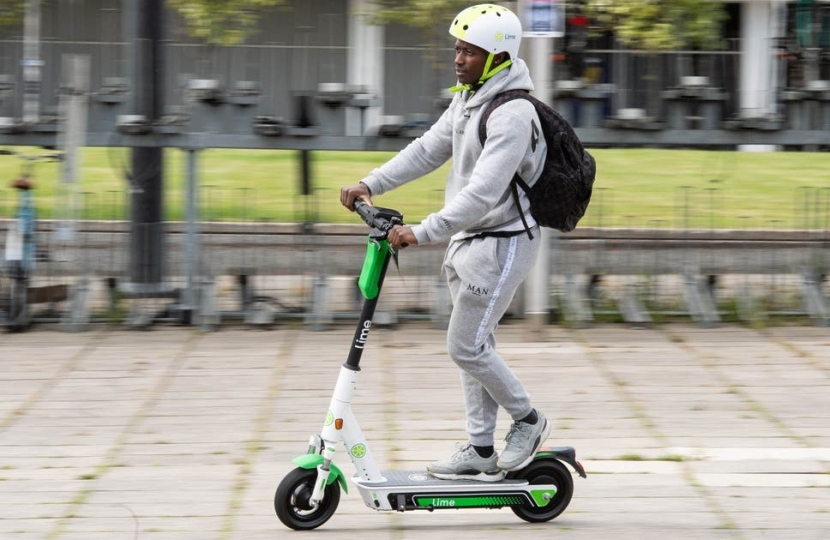 Electric scooters are becoming a dangerous menace on our roads and streets and the Government should think very carefully before making any further moves to relax the rules around their use.

I am receiving a significant number of letters and emails from my constituents who are being plagued by the unwelcome phenomenon of young people recklessly riding these infernal e-scooters, as they are fashionably known, in a haphazard way on our roads and pavements. It is causing significant alarm and danger to both motorists and pedestrians alike.

As it currently stands, it is legal to buy or sell an e-scooter but riding them on pavements is currently against the law.

However e scooter trials are now taking place in eight London Boroughs; but not, I hasten to add, in the Borough of Bromley.  So you can imagine my utter horror when I learned of the death of a 16-year-old boy in Bromley after the e-scooter he was riding was involved in a fatal collision with a car in the early hours of the morning in July this year. What a tragic loss of life at such an incredibly young age, and so utterly needless!

Under the conditions of the trial e-scooters must be rented from approved suppliers who must ensure strict safety requirements, including limiting their capable speed at 15.5 mph, and the user must be 18 or over in possession of a provisional or full driving license.

That is all well and good, but there is nothing to stop anyone purchasing one online, where they are freely available beginning at £150, and then riding them at whatever speed they so choose, some can travel up to 20 mph, with not even a passing consideration given to the safety of pedestrians and other road users.

I have myself witnessed on numerous occasions around London young people, who are often no more than 14, weaving around dangerously on these damn things at speed, seemingly unaware of the distinction between the pavement and the road. I was even presented on several occasions with the incredible sight of another, smaller child riding pillion when they are only made for a single user. Are their parents really not aware they are engaging in such utterly reckless behaviour?!

The National Federation of the Blind UK (NFBUK) has demanded the sale of e-scooters be banned from shops after a girl aged three was left with life-changing injuries in July after a collision with a young person riding an e-scooter in a South London park. According to the NFBUK there have been 10 serious injuries as a result of collisions, and one fatality since the start of 2021.

It must be a profoundly terrifying experience for a partially sighted or elderly person to be confronted by one of these reckless e-scooter users and it is completely unacceptable to allow this intolerable situation to carry on.

I will be strongly urging the government to examine very carefully the outcomes of trials and whether restricting the private sale of e-scooters is the way forward. Ministers should also prioritise the safety of pedestrians and other motorists, as well as considering stiffer penalties for those caught riding e-scooters who are not permitted to, or who ride them in a dangerous fashion.