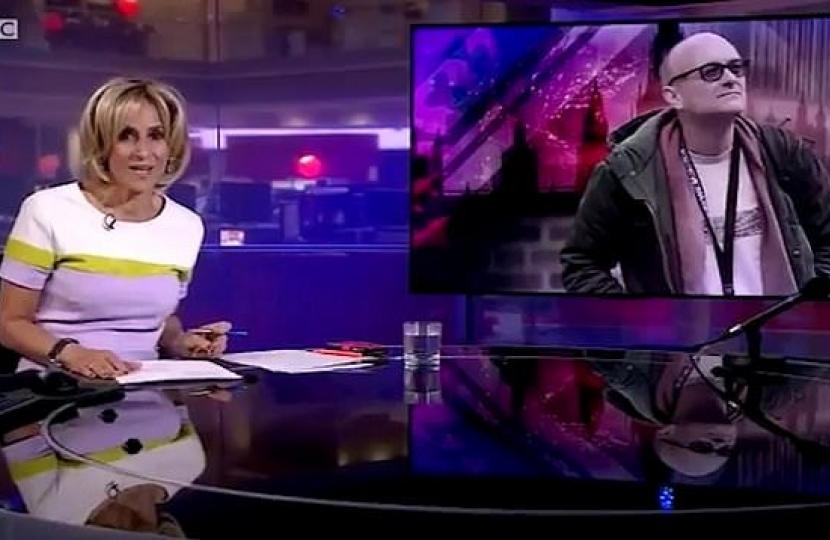 For most of my life I have relied and treasured the BBC as a national institution.  As a boy, living with my parents in the Middle East (Jordan, Aden and Cyprus), I remember always hearing the signature tune, Lilliburlero after the gripping words ‘This is London’ before news bulletins on the World Service.  Just to hear the tune now immediately takes me back to my blissful days of childhood.  Oh joy!  As an aside I am very saddened that Lilliburlero seems to have been dropped from the BBC World Service News introductions after so many years of clearly identifying output from Broadcasting House in London.

Later in my life, as an army Major, the first time I was actually on the BBC was in December 1992.  Then, as Incident Commander at the Ballykelly Bomb, an interview I gave during that awful night featured on the Today Programme the next morning.  On the bomb site at 1 am in the morning I gave, perhaps, an injudicious interview to a BBC reporter called Max Jaffa.  I was asked what I would like to do to the terrorists who had killed 17 (6 of them my soldiers) and wounded well over 50 others?   I replied that I would put them on a meat slicer, feet down and hoped that by the time it reached (shall I say) their middles, they were still alive. Admittedly I was very upset at the situation with which we were all dealing.   Two days later I was summoned to the Brigadier and chastised formally by the Army hierarchy for what I had said.   Then the Brigadier told me that the Prime Minister, Mrs Thatcher, had sent a message from Downing Street.  She had asked him to congratulate me for what I had said.  Mrs Thatcher said she had heard my first BBC interview on the Today programme!

Ten years later it was the BBC, not the Ministry of Defence, that told me that my Battalion and I were to be deployed to Bosnia. The Army only informed me the next day.  In the Balkans it was the BBC (and ITV) which broke the very sad news of the massacre of Ahmici in 1993 which ultimately resulted in the setting up of the International Criminal Tribunal for the Former Republic of Yugoslavia at which I gave evidence in several trials.  Local people in Bosnia told me that they relied on the BBC World Service to tell them the truth and they trusted what they heard.  On top of that I got to spend a lot of time in Bosnia with the BBC’s Martin Bell and I have to say his wise counsel helped me hugely when I had very few people to discuss how and what I should do.  We remain firm friends to this day.

After Bosnia and since becoming a member of parliament I must have given hundreds of interviews etc on BBC programmes.  I normally felt that I was given enough time to express my thoughts and the programmes were fair.

Thus, for most of my life I have been an unequivocal supporter of the BBC.  From my own life’s experience, I felt it to be the best broadcaster in the World – and by a long way.

However, over the last few years my traditional trust in the BBC as being fair, honest and unbiased in its reporting has sadly diminished.  I no longer possess that unshakeable faith that what I see and hear is even-handed and balanced.  Increasingly I have watched and listened to some BBC output and knew immediately that what was being put out was simply wrong and unfair.

Most recently, at the end of April, I watched an episode of Panorama about the NHS during the Coronavirus Crisis which seemed to me to be an all-out attack on the Government with absolutely no space given for counter-views.  Later I discovered that everyone interviewed was politically hugely against the Government. The programme drubbed the Downing Street unmercifully without pause and without giving a chance for an alternative view.  That was not what I thought the BBC was about and personally I resented it.  My faith in the impartiality of the BBC took a huge pounding that evening.

Then on Tuesday 26 May reporter Emily Maitlis opened up Newsnight with a speech which was hugely anti-government.  It was certainly not impartial reporting.  Let me repeat what she said:

“Good evening, Dominic Cummings broke the rules. The country can see that and it’s shocked the Government cannot. The longer minister and the Prime Minister tell us he worked within them, the more angry the response to this scandal is likely to be.

He was the man remember who always got the public mood – who tagged the lazy label of elite on those who disagreed. He should understand that public mood now – one of fury contempt and anguish. He made those who struggled to keep to the rules feel like fools and has allowed many more to presume they can now flout them.

The Prime Minister knows all this but despite the resignation of one minister, growing unease from his backbenchers, a dramatic early warning from the polls and a deep national disquiet, Boris Johnson has chosen to ignore it.”

Now my views on the Cummings situation are clear and public (as well as elsewhere in my posts) but what Ms Maitlis stated was not acceptable to me.  As a journalist she is meant to present a balanced viewpoint (whatever her personal views).  She and Newsnight are supposed to be as impartial as possible.  It does not stop them asking hard questions but, in my view, what she declaimed went very much against the principle of impartiality that way back Lord Reith insisted should be a principle of news reporting in the BBC he founded.

Immediately after the programme a version of the Maitlis monologue was up on the BBC politics feed but then it disappeared.  Next day in a statement on Wednesday 27 May, the BBC said it had "reviewed the entirety of last night's Newsnight, including the opening section".  The statement continued:

"While we believe the programme contained fair, reasonable and rigorous journalism, we feel that we should have done more to make clear the introduction was a summary of the questions we would examine, with all the accompanying evidence, in the rest of the programme," Then it continued.  "As it was, we believe the introduction we broadcast did not meet our standards of due impartiality."

Apparently, there were huge complaints to the BBC about what was broadcast on Newsnight.  But thank goodness the BBC accepts it got that wrong.  I always accept apologies in good faith and so my belief in the organisation’s impartiality is somewhat restored.  But it must also get an editorial grip of this slide into partial reporting.  I hope that will happen.

At this time of great national crisis, the BBC has a clear duty; to present a fair and proper presentation of facts.  It can and must report the opinions and doubts of people who disagree with the Government but it should shy clear of having partisan opinions of its own.  If that continues, I am afraid I will lose faith in that great British institution which I have valued all my life.  I really don’t want to lose trust in what I consider to be a real national treasure.  So, please buck up BBC; remember your founding Reithian principles.