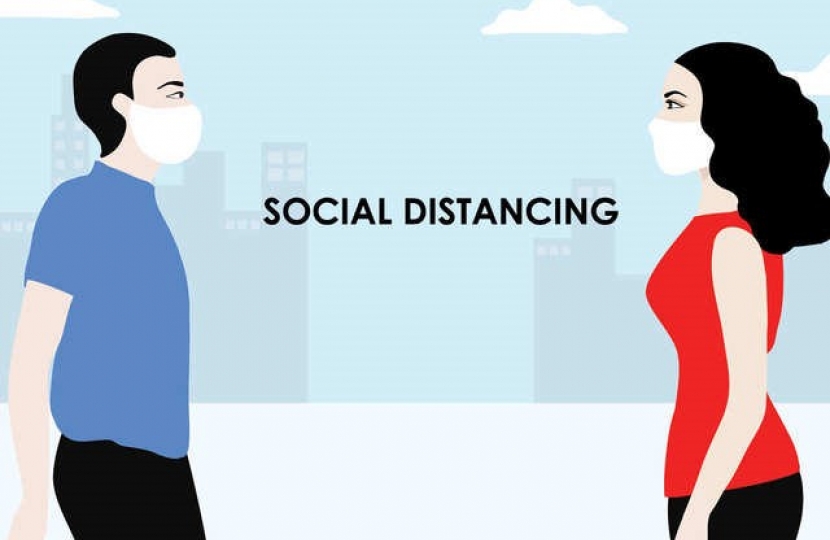 Apparently, the R rate in London is down to 0.4 which is the lowest in the country.  The explanation for this is that London was infected first and most, and is thus (for reasons I know not) the first place where the infection rate was likely to go down.  Most certainly we here in South East London have been really walloped by this curse and suffered hugely so I just hope things are on the up.  Matt Hancock, the Health and Social Care Secretary, has recently announced that 5 per cent of the country, and 17 per cent of Londoners (that’s us in Beckenham too I suppose), have already been infected with the virus and are thus somewhat immune I presume.  Obviously, that’s good news.

However, scientific advisers to the government have stated that the R number is between 0.7 and 1 across the main part of UK, and it has been there for about 2 weeks. The lack of downward movement is thought to be driven by the continued spread of the virus in care homes and hospitals during the period covered, rather than in the wider community.  In short within the wider community (that’s us at home) the R rate could be much lower.  It will be better if it were zero but what does this actually mean?

R is a measure of how fast a virus is spreading. Above 1 an outbreak is growing; the further below 1 the faster it's shrinking.  So, infections from Coronavirus across the UK are shrinking.  An R rate of one suggests that one person with Coronavirus could infect one other person.  More than one suggests that a person can infect more than one other person.  Using data - such as the number of people dying, admitted to hospital or testing positive for the virus - allows the experts to estimate how easily the virus is spreading.

If the R number remains under 1, the disease may eventually disappear, as not enough new people are being infected to sustain the outbreak.   In consequence keeping the R number below 1 is a key goal Boris Johnson has set; to allow the continued gradual releasing of the lockdown.

However, the prime minister has insisted that the government will reimpose controls if the rate of transmission of the virus starts to pick up again.  He has put it thus: “We must make sure that any measures we take do not force the reproduction rate of the disease – the R – back up over one, so that we have the kind of exponential growth we were facing a few weeks ago.”

But even as all lockdown restrictions were to be lifted, we would still be stuck with the 2-metre rule; not to get closer to someone (not in your household) than that.  But I wonder why it is this distance?  Surely a breeze could take Coronavirus germs quite a long way from an infected persons mouth or nose?

By way of answer to that I have read that Lydia Bourouiba, an Associate Professor at MIT in the United States, who has researched the dynamics of exhalations (coughs and sneezes, for instance) for years at The Fluid Dynamics of Disease Transmission Laboratory, has suggested that exhalations make gaseous clouds that can travel up to 27 feet (8.2 meters).

In addition, some researchers are now concerned that the coronavirus is not just carried in droplets. They worry that it can also be transported through the air in tiny particles called aerosols. If that is the case, then the flow of wind from someone's breath could carry the virus over longer distances – as far as 8.2 metres maybe.

On the other hand, Dr Paul Pottinger, an infectious disease professor at the University of Washington School of Medicine, questions that idea.  I quote from what he told an American newspaper: "For me, the question is not how far the germs can travel, but how far can they travel before they're no longer a threat. The smaller the germ particles, the lower the risk that they might infect somebody who would breathe them in or get them stuck in their nose or their mouth.  The biggest threat—we think—with the coronavirus is actually the larger droplets. Droplets of saliva, snot, spit. Droplets that almost look like rain, if you will, when someone sneezes. Those droplets are large enough that gravity still acts on them. Usually, within about six feet of leaving somebody's body, those larger, more infectious droplets will drop to the ground. That's where the six-foot (2 metre) rule comes from."

The Britain, as we all know, the social distance we are advised to keep remains at 2 metres (6 feet).  Yet the World Health Organization says that a distance of one metre is safe.

What do other neighbouring countries use?  Sweden suggests that people should ‘keep a distance’ from other people but is non-specific as to that length.  The Swedes each have to judge that themselves. Austria, Finland, France and Norway have set their distance at 1 metre.  Others European countries such as The Netherlands, Germany and Poland suggest 1.5 metres.

If, for instance, the recommended social distancing was one metre rather than two as at present that would make a huge difference to the difficulties faced by people who run things like buses, trains, café’s, pubs, restaurants and the like.  For example, in a restaurant it may not be too difficult to ensure that nobody sitting at a table was closer than one metre to someone at another table.  In fact, I’m not sure that this would be too different to normal seating arrangements.  The same could hold true in a pub or café and it hugely helps in commuter trains too.

The Government is looking again at the recommended social distance requirement of two metres.  I hope its conclusion is that we could reduce that length safely but, based on what was said last night in the Downing Street briefing, that looks unlikely.

If we can keep the R figure less than one and at the same time reduce social distancing to one rather than two metres, we would be well on the way back to normal.  If we could get R down really low would we indeed need social distancing as the threat would be very low?  Right now, though, it’s a big ‘if’, even a bit of a prayer!

A Way Ahead Maybe?

I do not think another round of lockdown restrictions will work. I watched Messrs Whitty and Vallance’s press conference yesterday and was less than impressed. Why were there no questions allowed from journalists - or fellow scientists for that matter?