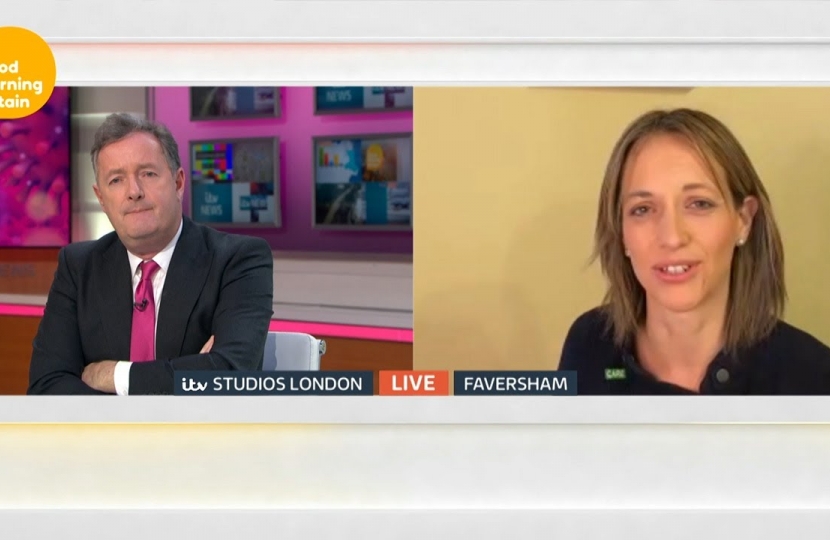 On the face of it London seems to be coming out of the Coronavirus tunnel. We should not get too excited but the NHS itself suggested on 20 May that in the previous 24 hours nobody had died in hospital in London or at least in any of the six major NHS Trust Hospital groups in the capital. I don’t think care homes were counted in that but I do know the figures there are coming down quite sharply too. In addition, locally, numbers being admitted to hospitals with Coronavirus have steeply fallen. Some good news at last.

I guess lockdown has a great deal to do with that but maybe there are other reasons too. Possibly we are more immune as a population than we thought and there may even be quite a lot of so-called herd immunity around. Apparently, a lot of people may have been infected and not even have noticed it. Maybe even the virus is naturally being stemmed or running out of steam. For whatever reason, hurrah!

Surely such apparent good news would feature prominently in newspapers and on television. Well, no, it doesn’t. Why not? Perhaps it’s because good news fails to sell copy, as print journalists might have said in the good old days. Good news might not generate more viewers on TV and probably not as many hits on social media. I agree too with the current feeling that the media have not covered themselves in glory during the crisis. Piers Morgan almost breaks a blood vessel in badgering ministers and not allowing them to answer in efforts to get what journalists call a ‘gotcha’ moment (photo). Actually, he embarrasses himself more than the minister.

Last week the lockdown was diluted a little and we all pray that the R figure, which is currently at about 0.4 in London is largely unaffected. If so with no further spike in the virus I believe a considerable number of shops may be allowed to re-open soon perhaps leaving only things like barbers, hairdressers, hotels, restaurants and pubs closed for a little longer.

So, what do people think about coming out? Looking at e mails I receive from constituents they are almost equally split between those that feel we must end lockdown immediately and those who think it would be a big mistake.

It is clear too that questions are (rightly) being now being asked as to the science which led to our severe lockdown. I have raised some of these myself in previous posts.

Of course, it is terribly easy to criticise decisions made by politicians in tricky situations – particularly in retrospect. However, assume you were Prime Minister over the period 17 – 24 March and faced with the possibility (as advised by Government scientists) that a total lockdown might be the only way to avoid half a million citizens (at least) being wiped out. It would have taken a very brave Boris to do other than lockdown the country. Imagine the torrent of criticism that the press would have unleashed on the Government if he had not done so. By the way, as I remember, the press was terribly keen for lockdown to happen in March.

As I personally know not just from my military days, decision-making is based on the facts and evidence you are given at the time. But that is never the full picture. Compared with late March, the Government knows far more now about Coronavirus and the course it is likely to take. We will understand more and more as time passes but I wonder whether we would have gone into such a complete lockdown which has obviously collapsed the economy for the last two months, if we knew then (24 March) what we now know?

Previously I haven’t examined the Government’s approach prior to 24 March – except to question whether we should have gone into lockdown earlier. That’s a moot point of course. But now I want to probe what happened in that time period of late February and early March.

Then, as the threat of Coronavirus grew, I recall the Government was suggesting a much lighter response. The official feeling was that we would take some measures but a harsh lockdown was unnecessary and we could rely much more on the growth of herd immunity (remember that term?). Our approach would thus have largely mirrored that of Sweden.

Then over the period 17 - 24 March events occurred which changed the Government’s approach completely.

To start with Imperial College London produced a report which was uncompromising. It was unequivocal; unless stringent defensive measures were to be taken Coronavirus would ravage the population. That report was very straight in its recommendations and I quote them:

• Home isolation of cases – whereby those with symptoms of the disease (cough and/or fever) remain at home for 7 days following the onset of symptoms.

• Home quarantine – whereby all household members of those with symptoms of the disease remain at home for 14 days following the onset of symptoms.

• Social distancing – a broad policy that aims to reduce overall contacts that people make outside the household, school or workplace by three-quarters.

• Closure of schools and universities.

According to the distinguished scientists who wrote the report the most stringent traditional interventions are required in the short term to halt the spread of Coronavirus. Strangely, in reading the report I couldn’t find where it said that everyone one of us should stay at home. It only seemed to mention those with symptoms and those who had been close to them. But maybe I have missed something in the script and if so, I apologise.

Then the media ploughed in reported that Northwick Park Hospital in North London was being overwhelmed. Reporters suggested that very soon we would all be seeing scenes like those from Italy and Spain where hospitals had gone into meltdown.

Such reports together with the rapidly growing infection rate amongst the UK’s population clearly caused panic at governmental level and resulted in a u turn in policy. Suddenly we were ordered to be housebound. I suspect we will never know what would have happened if that u turn in Government policy had not occurred.

In conclusion I want to be absolutely clear. Just because I question decisions does not mean I disagree with them. For the record I still support the current lockdown policy. However, we are slowly coming out of lockdown now and it looks like we will do so in stages depending on the R figure. So, from now onwards and as we go through these stages, I will want to see really good evidence as to why continuing constraints on our freedoms are not lifted at each stage.