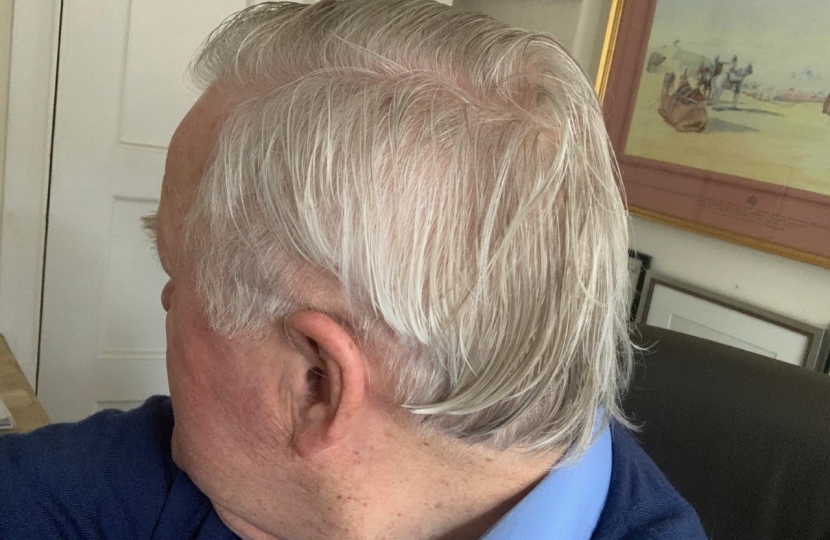 I totally back the Chancellor’s efforts to keep people in jobs and am saddened that, even so, many people fall outside the various schemes.  I know that from my postbag.

A large number of constituents simply do not get financial support for one reason or another. In the main they are people who take a small salary (PAYE) but rely on dividends or bonuses at the end of the year to give them a decent pay check.  That is normally what their accountants (if they have one) have suggested as being very sensible.  But the Chancellor, with very few exceptions, calculates support on PAYE earnings which certainly discriminates against such people.  From e mails I have received these include many people like stagehands, actors, script writers, photographers, IT specialists and also company directors who often make very little money.  They are really suffering and, although I have taken several cases to the Treasury, I have had little luck.   I wish I could do more for them.

However, the Coronavirus Job Retention Scheme does pay 80 per cent of the current salaries of furloughed staff up to £2,500 a month.  Last week Rishi Sunak extended the period of the scheme until the end of October.  There will also be flexible arrangements from August which will allow those currently furloughed to go back to work part-time.  Employers will be asked to pay an appropriate percentage of their salaries in consequence. I am still rather staggered that this is happening but it is and I think it is both far-sighted and generous as well as being hugely expensive of course.

The media are all very supportive at the moment but watch how all that will change quite quickly in future.  Within a few months I predict headlines like ‘Worst Recession in History - Government to blame’ for being too generous with public money.  In truth though the Government has stepped up to the plate and gone far further than I would have thought possible pre-Coronavirus Crisis.

Who knows when the economy will recover?  It will take some time to be sure and the cost already seems to be in the region of at least £300 billion which is about 8 times our annual Defence Budget.  Wow.  It is a mouth-watering sum for sure.  I repeat though, wait for the way in which those who have demanded the Government throw everything including the kitchen sink at our current problems turn and give it an incredible kicking when more normal times arrive.

As a country we will be faced with a choice of raising taxes or running with a permanently higher level of borrowing and accepting the additional interest cost burden of that.  Inevitably the way ahead will involve a bit of both – a compromise to lessen the pain.  Rishi Sunak is lauded to the skies at the moment for his role in dishing out money but he could quickly become Public Enemy Number 1 when he starts (as he must) to bring his books into line for audit.

Our economy will slowly come back to life but not quickly for sure. There are signs that more shops, pubs, cafés, restaurants and hotels could slowly open again from sometime in June, July or August.  But they will have to do so having satisfied social distancing requirements.  How much will that cost them and can they be profitable?

Of course, ensuring space between customers will have a direct impact on the bottom line.  Who knows really but profits in that new anti-social era must take a nosedive; here’s a guess - but by at least 50 percent?  For instance, losses in income within a new sterile, socially-distancing hospitality industry are simply very difficult to forecast.  Cafés in Beckenham, West Wickham and Hayes rely on customers being quite packed to make a profit in the best of times.

It’s far worse for travel and tourism.  They look like dead ducks for far longer – maybe the remainder of this year.   Social distancing when travelling is really impossible aboard aeroplanes and at airports.  How can airports and airlines cope with leaving middle seats empty, temperature checks, wearing of masks, frequent hand washing and to cap it all a requirement for people to be quarantined for 14 days on arrival either when visiting or coming back to the UK?  We’re all going on a summer holiday this year (not).

I gather Air France/KLM and Lufthansa are being actively supported by the European Union so our Government should mirror that too.  We must mirror that.  It would be utterly scandalous if European based airlines were able to capitalise on the fact that ‘British’ ones have gone under.  I am afraid we need to look at supporting airlines that provide so much to our economy.  These include British Airways, Virgin Atlantic and EasyJet to name a few.

Supporting such airlines makes sense.  A huge number of jobs rely on them. I have lost count now of the number of airline staff who have e mailed me pleading that the Government save their careers.  I want to help of course and would support Government bail-outs.  But there must be conditions.  I suppose insisting Government grants went into supporting the core business (not shareholders) might be one as would the Government taking a part of the business in shares which could be redeemed later is another.

I wonder when the hands-on businesses like gyms, hairdressing and barbers will re-open? On that one, I’ve just home cut my own hair.  It looks OK from the front but the sides and back won’t win prizes (see photo).  But what the heck there’s less of the blooming stuff, I’m no beauty anyway and it will grow back!  I feel better for it anyway.

Huge numbers of people use swimming pools for exercise.  It would be good if Beckenham Spa and West Wickham swimming pools could re-open.  It is not beyond the wit of man I suspect to do so with safe social distancing and I hope that can happen soon.

Coronavirus is here to stay and so we had better find a way of living with it.  Obviously, a vaccine which works is the best option. But there is no news on when we might get one and, if that were to occur, how long before we were all vaccinated.   But equally I hope that more and more of us become naturally immune to COVID-19 and there is some evidence of that happening slowly.

Human society is normally a tactile one. Look at the way we have always greeted one another by handshake, hug, kiss etc.  Physical contact between people is very much a part of the way we operate.  We mustn’t lose that touchy-feely part of being human.   It’s crucial to get that close interaction back.  But for the moment, as we crawl back to a new world outside lockdown, we will have to intermingle with one another at arms-length.  How ghastly!  But, for safety and for the moment, we will have to put up with it until we master this Coronavirus thing.