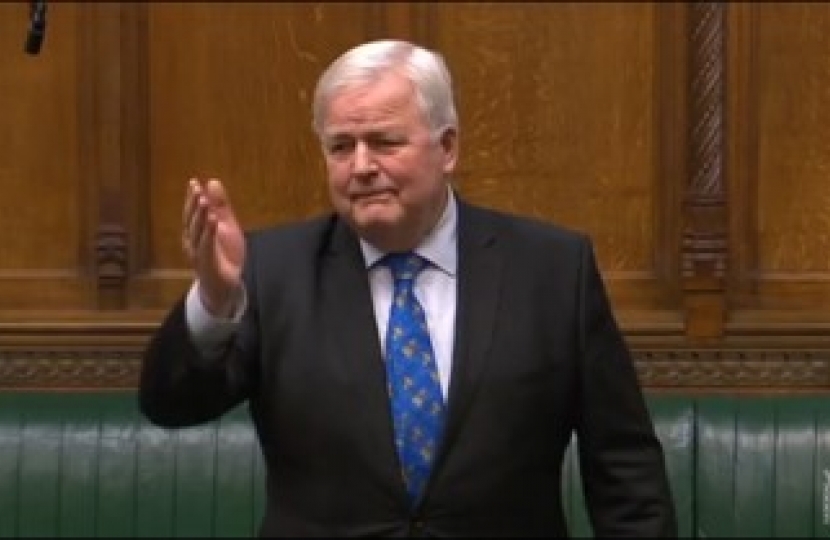 The Vatican suggested in 2014 that about 100,000 Christians were being severely persecuted. Open Doors suggests that 11 Christians are killed every day—or 4,000 a year. Christians are probably the most persecuted religious sect in the world. Unfortunately, most of that persecution takes place in Muslim countries.

The top 11 countries on the Open Doors Watch List are classified as places where there is extreme persecution. North Korea is at No. 1; then there is Afghanistan, Somalia and Libya, with Pakistan at No. 5. We then have Eritrea; Sudan, where my wife operated for the International Committee of the Red Cross; Yemen, where I was when I was a boy; Iran and India, which is No. 10; and Syria at No. 11.

The Watch List classifies all those countries as extremely likely to persecute Christians—by the way, just outside that at No. 12 is Nigeria, which we have heard quite a lot about.

I want to name-check a few of those countries—some have not been referred to so far—starting with North Korea. There is only one god in North Korea and it is Kim Jong-un. If people do not worship Kim Jong-un and they do not have his picture in their house, they are in trouble. There are apparently about 300,000 Christians in North Korea. A considerable proportion of them are in camps and their chances of getting out are slight.

Afghanistan, a country where we have given blood to help, is No. 2. We have done so much to try to help that country. Family members give up their families for execution and if someone is a Christian there, they are likely to end up in a mental hospital. It is appalling.

Pakistan, a country that we are very friendly with, is No. 5. As my hon. Friend the Member for Strangford (Jim Shannon) highlighted, Pakistan considers Christians as second-class citizens. They are not allowed to have a decent job. Two Christians died recently because they were given inadequate clothing to work in the sewers. The law is against Christians. The anti-blasphemy laws are arrowed at Christians.

In India, for goodness’ sake—the largest democracy in the world—thousands of Christians are persecuted every year. Why? Why are they doing this? How can they do it? I just do not understand how India can allow that to happen.

No. 12 is Nigeria, and my hon. Friend the Member for Congleton (Fiona Bruce) has said enough about that to shock us.

Throughout the Middle East in the past 100 years, huge numbers of Christians have left. They used to make up 25% of the population, and now the figure is 5%. Is that not appalling?

Egypt is No. 16, and 16% of its population are Christians, yet the Government treat those people as though they were the enemy of the state. If a church is wrecked by some riot, no one can get it rebuilt, because it is a matter of national security. Christians are not considered to be “right on” for Egypt.

It is a matter of deep regret to me, as chair of the all-party parliamentary group for Kazakhstan, that the country I like so much is No. 35. About 4.8 million of the population of Kazakhstan—about 25%—are Christians. The majority of them are Russian Orthodox and tend to stay in their own community, and they do not get too much hassle, but if you happen to come from a Muslim background and you are a Christian, you have got a problem. How come such a great country, which is going to have a superb future in this century, passed a law in 2011 that stopped religious freedom? How wrong is that?

I am shocked—truly shocked—that, during our lives, so much persecution of Christians is taking place. I absolutely endorse the Bishop of Truro’s recommendation that we, using our presidency of the United Nations Security Council in 2021—and, as I said earlier, it should be remembered that we have a permanent seat there—should persuade the United Nations as a whole to sign an agreement not to persecute Christians or anyone else. It will be difficult, but it is something that our Foreign Office should define as a top priority.

I will stop soon, because I think I have said enough, but I remain horrified that people who are peace-loving—all they want to do is worship privately—are so misused in our world, and it is to do with us.

My mother, who went to Belsen in 1945 as an officer in the Special Operations Executive, never told me that she had been there until just before she died. When I asked, “How the heck, mum, did you not tell me that you had been in Belsen in 1945 with the British Expeditionary Force as an SOE agent?”—a spy, effectively—she said, “It is because, Robert, I am ashamed.” I said, “Mum, what do you mean, ashamed?” She said, “I am ashamed because the holocaust happened when I was alive.”

Now I understand what she meant.