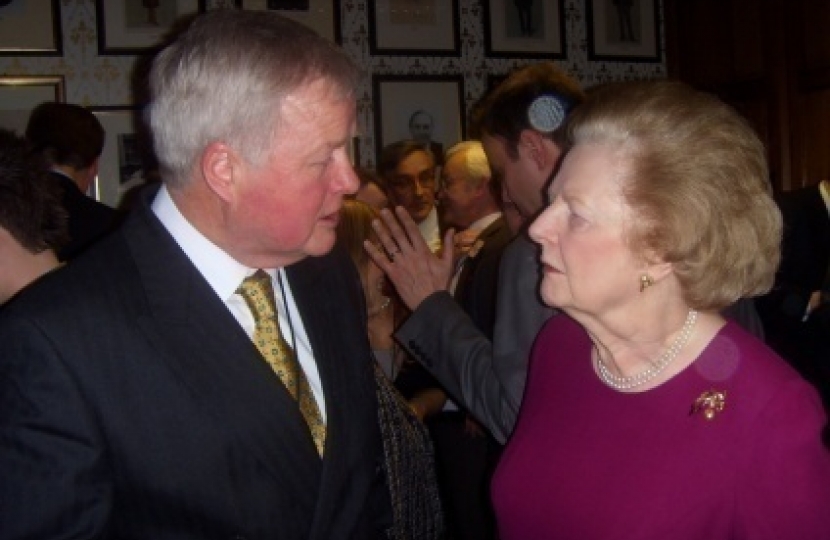 Bob Stewart MP has spoken movingly of his respect for the former Prime Minister Margaret Thatcher and of his personal experience of meeting her whilst serving in Northern Ireland.

Bob said: "I am terribly upset that she has died. I knew her and spoke to her often. I last saw her four months ago at a club in London and she was very fragile.She was a great and wonderful woman and people should celebrate her life. As prime minister, she was as good as you can get."

He first met the former prime minister in 1982 whilst he was serving with the Cheshire Regiment in Ballykelly, Northern Ireland, when a bomb went off at the Droppin Well discotheque. Following the bombing, Baroness Thatcher visited some of the 35 wounded soldiers in hospital.

"She went around the beds and when she came to Mark Young, who was 18, she looked at him and cuddled him. She cried and wept. You would have presumed it was her son. After that she took a few minutes to compose herself before she went out and gave the press the iron lady touch. I thought, that is the sort of prime minister I want. Everyone who worked with her said she cared about them intensely and knew all their names. She may have been an iron lady but she had a heart of gold.