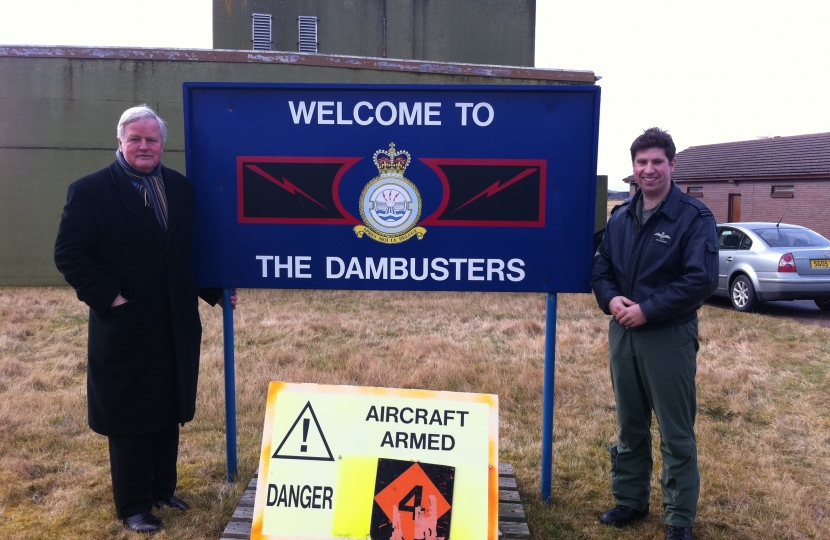 Bob Stewart MP last week travelled to Scotland with the Defence Select Committee to assess the implications of Scottish independence on the UK's millitary capability.

Whilst in Scotland Bob had the privilege to meet with members of the 617 Squadron, the successors to the Dambusters squadron of World War Two, who famously carried out the bouncing bomb raids which breached two dams on the Ruhr River in Germany in 1943.

Between 1960-63, Bob's Father was a Squadron Commander at RAF Akrotiri. His Station Commander was Group Commander Micky Martin DSO and bar, who famously piloted the Lancaster Bomber Popsie in the first formation that attacked the Mohne Damin the dambusters raids

Bob said: "It was a personal pleasure for me to visit 617 Squadron, the dambusters, given that they carried out such a decisive role in the bouncing bomb raids on the Ruhr which played a very special role in helping in winning the war for the allies."