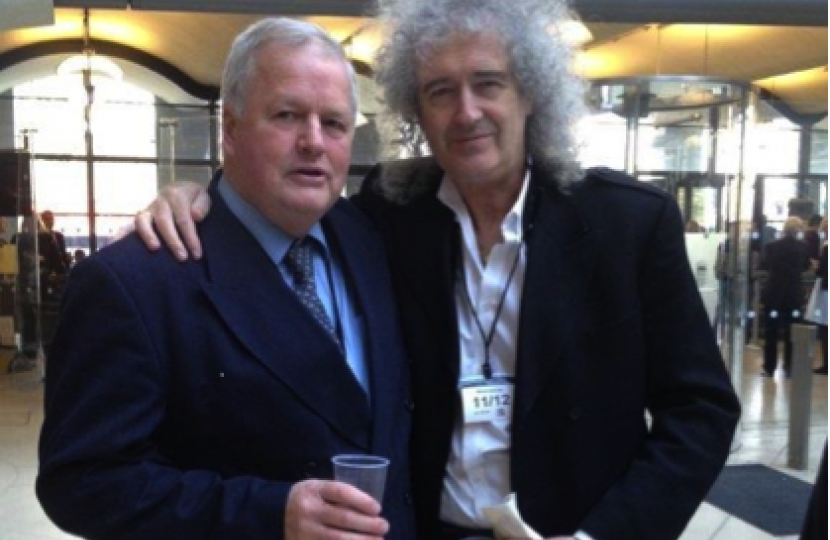 Bob has long been a fan of pop group ‘The Queen’.  He recalls how sad he was that lead singer, Freddie Mercury, died just as he was deploying to Bosnia in 1992.  Bob remembers very well how he played ‘Queen’s Greatest Hits’ at maximum volume in his Discovery land rover on 22nd April 1992 when he was cut off from his Battalion and had to cross No Man’s Land and two minefields  to get back.  Queen’s lyrics boomed out from 6 speakers in his vehicle and made it obvious that he was not trying to do something furtively.    Bob said that the music helped his courage and he believes it may well have stopped him being shot by belligerent forces who were all watching from their entrenched positions.  By chance on 11th December Bob met Brian May and told him the story.  Brian seemed very touched by it.  They were photographed together in Portcullis House, Westminster.

Brian May was in Parliament to listen to a Westminster Hall debate on the Badger culling trial which is currently being carried out in the West Country.  In response to requests from constituents Bob also attended and listened to the debate.