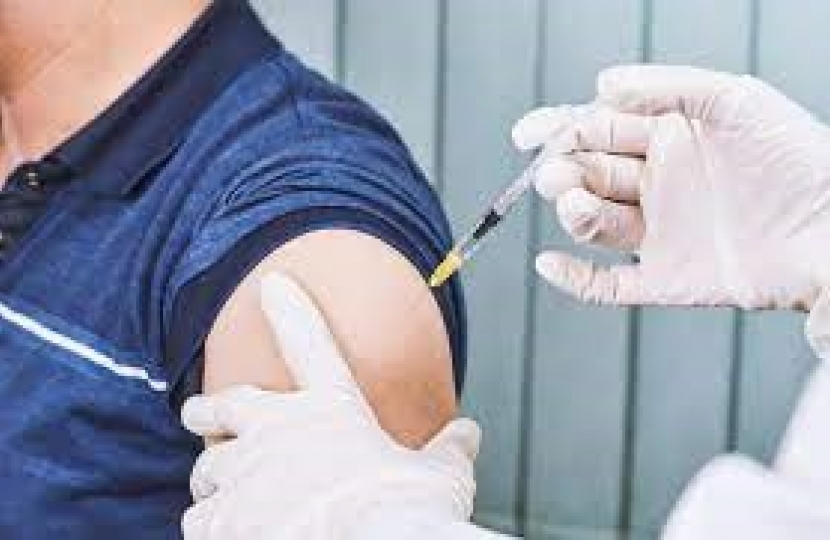 I urge everybody who is eligible for the vaccine booster to come forward and get jabbed at one of the many vaccination centres run by the National Health Service up and down the country.

The booster jabs are currently available in the UK to anyone aged 50 and over, front-line health and social care workers and over-16s with a variety of underlying health conditions. Those who are eligible can receive it six months - that is precisely 182 days - after their second dose.

Coronavirus has not gone away and is still circulating in our society, but we are in a significantly better position to keep on top of it than we were at this point last year when the onerous lockdown restrictions became a necessity.

The link between rising infections and people becoming seriously ill or worse has been severely weakened but there are still people in the categories I outlined above who are at particular risk of serious harm if they were to catch coronavirus this winter.

The scientific and medical community have warned us that, as with any vaccine, the level of immunity wanes over time and so the booster jabs are a vital component to ensure that we keep all those most at risk protected as we approach the coldest months of the year.

As somebody who is over 50, I went along to have my booster jab several weeks ago at The Beacon and I was incredibly impressed by the efficiency of the whole process as well as the commitment and dedication of the NHS staff I encountered.

According to Government figures more than 10 million people in the UK have so far had a booster jab, demonstrating that most people are paying attention to the national message. However, it is currently estimated that about 30% of over-80s and 40% of over-50s in England are yet to do so- which I find very concerning.

NHS England will invite another three million people for their booster jabs this week and I was particularly encouraged by the news that, according to official figures, some 409,663 people in the UK received their third vaccine dose on Saturday.  Excellent.

There are a small number of people who have still not had the first and second vaccines yet, but I would implore them to contact the NHS immediately to get their jabs. Perhaps they have been influenced by the disgraceful anti-vaxxers who lurk around on social media spreading disinformation; these people are not medically or scientifically qualified and I really find their behaviour utterly reprehensible and downright dangerous!

It makes me particularly concerned that most of the deaths which are still occurring are mainly among the unvaccinated population, but increasingly, because of immune waning effects, there are deaths in the vaccinated group as well.

Finally, I would like to reiterate again that if you are in the older age groups, the over 70s in particular, but also those who are clinically vulnerable or have underlying medical conditions, please come forward to have your booster jab as soon as possible to protect yourself and aid the national effort this winter to keep us all safe.