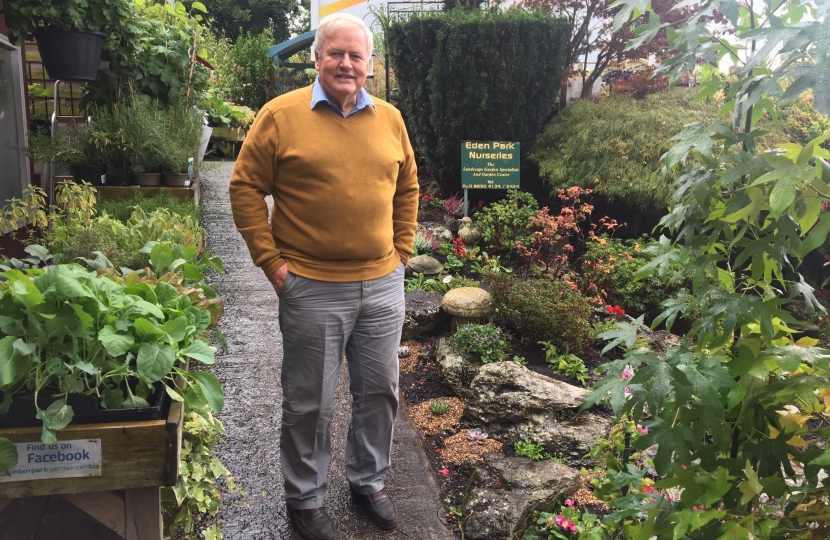 I am in no doubt that mankind is directly affecting the atmosphere of the World and thus the climate. I have thought this since I was a boy and asked my geography teacher what effect aircraft would have on the upper atmosphere. I was told there would be none as jet fuel was 'clean'. I questioned that answer then and have never really believed it. I have been worried about climate change all my life and my concern is not something sudden.

This week the UN Climate Action Summit took place in new York. Attendees were told that science now suggests we are heading for real trouble. Each year global carbon and other gas emissions rise and I believe directly impact on climate cycles. Is it just me or is our weather altering so fast we can see it change almost from year to year?

Yesterday, Thursday 26 September, I listened in the House of Commons when Andrea Leadsom, Secretary of State for Business and Energy set out, what we as a country are doing about this huge threat to life.

"We have cut emissions by 42% since 1990 while growing the economy by 72%. We have cut our use of coal in our electricity system from almost 40% to only 5% in just six years, and we are leading the world in the deployment of clean technologies such as offshore wind. In just that one renewable sector, the UK is home to almost half the world’s offshore wind power. We became the first country in the G20 to legislate for net zero greenhouse gas emissions by 2050. We are already seeing thousands of jobs being created as part of this transition. Almost 400,000 people are employed in the low carbon sector and its supply chains, a number that we plan to grow to 2 million by 2030."

That's pretty good. I would like it to be faster but we are certainly leading developed countries.

Also I gather we are also doubling the UK’s international climate finance from £5.8 billion to £11.6 billion over the period 2021 to 2025. This additional money will help some of the World's poorest families shift into more sustainable and reliable means of power such as solar power for cooking, heating and lighting. It will also provide resources to stop rain forests being slashed down.

We cannot escape Earth. It's our amazing home but it really needs a bit of tender loving care if it is to remain the best place in the universe for us and our children and their children and so on, to live.