On Cimate Change, our Ambassador in Washington and Prime Ministerial Style 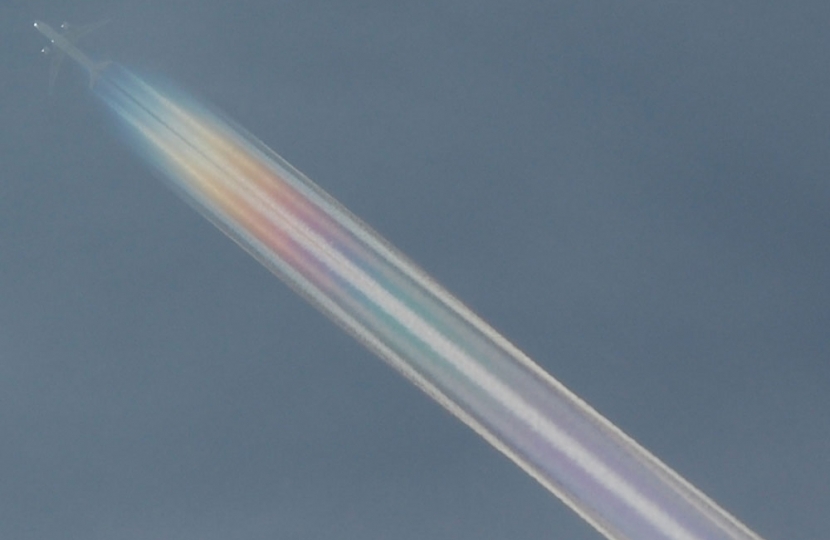 Away from the Conservative Leadership Campaign (thankfully ending soon) other things are happening too.  Let me start though by highlighting two matters with which I have been concerned this last week before I return to the subject of our next Prime Minister.

The first subject is climate change on which I have strong views as witness my previous writings on the matter (for instance on 30 April).  Personally I have been worried about the effect of all the polluting gases we are putting into the air for most of my life.  I have always particularly worried about aircraft exhaust fumes and repeated this in a debate in Parliament on 19 July:

"Ever since I was a boy, I have always been extremely concerned about jet fuel being injected directly into the upper atmosphere. I was told when I was young that it was clean. Of course it is not. One of the really big problems we have internationally is that jets go across our skies—some of them are not ours, obviously—and we cannot electrify a jet engine. It would be wonderful if someone could come up with a way of making an electric jet engine, so that we do not spew out exhaust into the upper atmosphere, which must have a direct effect on our climate."

I am absolutely convinced that mankind is directly affecting our atmosphere and thus the World's weather patterns.  Some suggest this is not the case but it seems to me we must be doing so because of all the huge amount of obnoxious gases our way of life is putting into the air.  The Earth needs time to recover.

I welcome the fact that we have done quite a lot to reduce carbon emissions already and that we are the first country to commit to having the very ambitious target of zero carbon emissions by 2050.

The second subject is the 'forced' resignation of Sir Kim Durroch, our Ambassador in Washington.  Sir Kim was utterly blameless.  He was doing his job of reporting back to London and giving his interpretation of what was happening in the White House.   The real villain is whoever leaked a Secret telegram.  Having been subject to stringent security constraints myself at various times I believe this to be an enormous crime.  I said so in the Commons' Chamber on 8 July:

In other times than today whoever is responsible, when found, could easily have faced the death sentence.

However, Sir Kim's departure from Washington was inevitable once President Trump declared he would not deal with him.  Of course we in London should decide who our ambassadors should be but, if their primary function is so seriously constrained he has to be replaced whatever the rights and wrongs of the matter.  I know from experience that life can be tough and unfair but there it is.

Sir Kim knew it was over for him as soon as his diplomatic telegram was leaked  and his decision to resign in consequence was inevitable.  I paid tribute to him for the way he acted in the Chamber on 11 July:

"Like everyone else in the House, I have nothing but the highest respect for Sir Kim Darroch.  Does the House agree that he has acted in the highest tradition of the civil and diplomatic service in so far as he has laid down a job that he must have considered to be right at the top of his career in the interest of his country?"

Some are suggesting that Sir Kim Darroch's decision to resign was in some (perhaps) small way prompted by Boris Johnson's failure to give unqualified support for him which brings me (almost inevitably) to the Conservative Leadership Contest.  But, as I have said, regardless of Boris Johnson's endorsement or not of Sir Kim Darroch, his position was untenable and his quick departure inevitable.

I will make one further comment on Boris Johnson, the apparent leading candidate to be our Prime Minister.  Our Constitution is based on Cabinet and not a Presidential System of Government.  But, since 2010, when I was first elected, I have watched time and time again as this principle seems to have been over-ridden.  Prime Ministers are meant to devolve executive  powers to secretaries of state and it is they as leaders of their departments who should take decisions,  announce them and indeed take responsibility for them.  But increasingly such powers have been sandbagged by Number 10 Downing Street.  I think that is wrong and not in accordance with our traditions of Cabinet Government.

So it pleases me that, assuming Boris Johnson becomes Prime Minister at the end of the month, this style of Government is likely to change.  In truth Mr Johnson has tacitly accepted that routine detail is not his strong point but he is very good at choosing people who understand and deal with such matters well.

As Mayor of London Boris Johnson chose excellent subordinates and then let them get on with their job whilst he concentrated on what he considered to be vital matters - for him alone.  I understand that style well; it was how I tried to run my own Battalion when a commanding officer.

I strongly believe that secretaries of state must have the power to run their departments with prime ministerial interference only if something is going wrong or there is a dispute with another department.  Personally it is how our system works best and I look forward to a re-balance in that direction.