Christmas Generosity by the Police and Onodi Car Sales 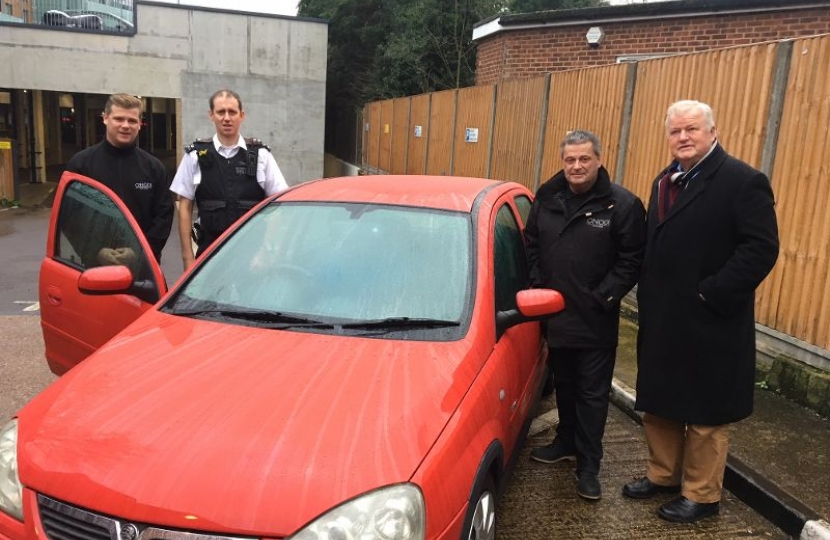 Happy Christmas everyone that reads this post. In the spirit of Christmas may I relate a very generous act carried out by members of the Metropolitan Police and a local West Wickham based company called Onodi Car Sales?

A while ago an elderly couple had their 30 year old car stolen in Coulsden. The police found the car but what had been a vehicle in good condition with only 30,000 miles on the clock was utterly wrecked. Insurance gave the couple the write off value but it was very little. They could not afford to buy another car - needed essentially for their frequent trips to hospital as both of them have serious illnesses.

This is where human kindness came to the fore. Local police officers led by Constable Robert Straker started a whip round to get another car for the couple. Robert spotted a car at Onodi Car Sales at Wickham Court Road in West Wickham but it was sold before the police could buy it. But, when he heard what had happened, Tony and his son James Onodi of Onodi Car Sales decided that they would help. They donated another car. That, with money raised by Police Constable Robert Straker and his police colleagues, would be given to the elderly couple.

The attached photograph shows James Onodi, Constable Robert Straker, Tony Onodi and myself with the car before it was driven over to be given to the elderly couple at 9am this morning. They had no idea of what was about to happen for them on Christmas Day. For my part, I was there simply to thank both the Police as well as Tony and James Onodi for what they had done. It was really decent of them.