The Choices for BREXIT 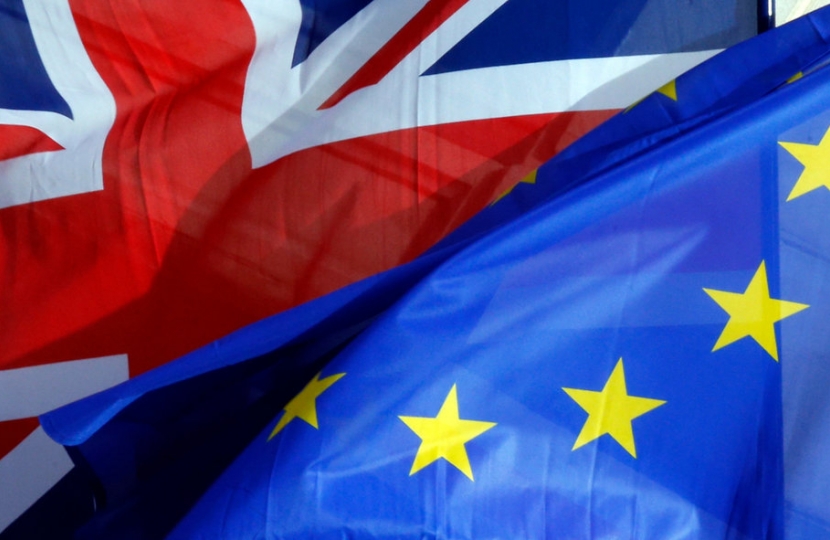 There have been a long series of debates and votes on BREXIT in the House of Commons over the last few weeks.

As a result some things are now sorted. Firstly, the idea of holding a second referendum was decisively defeated in the House of Commons on 14 March so that will not happen. That is the end of that possibility no matter that some outside Parliament still think it could happen. It will not. Secondly, if I read the mood of the House of Commons correctly, there is now pragmatic recognition and acceptance that leaving the EU is inevitable and a fact. That may disappoint many people who want to reverse the 2016 Referendum result but that is how I assess the reality. We are where we are and the vast majority of MPs now accept that.

So what is the way ahead with regard to leaving the EU? There seem to me to be 3 options.

Option 1 is to leave without reaching a deal with the EU and our trading relationship being on WTO rules. If necessary a no-deal situation can work. It has advantages as well as disadvantages and it is definitely a way ahead; indeed it is the default solution according to law. We can achieve this quite quickly and it has some good advantages such as providing certainty to business and non-payment of considerable sums to Brussels. But many, particularly in business, worry that such s break-clean might damage our economy. Who knows really?

Option 2 is to use a short extension (a few months maybe) to the Article 50 the time period to re-negotiate a deal based on Mrs May’s proposed plan. But the plan is mightily flawed and, in my view at least, as it stands is not in the national interest. I do not want Northern Ireland treated separately to England, Scotland and Wales and I want a definitive end date to our relationship with the European Union. If such conditions are met then I might be able to vote for the Government’s deal - albeit with gritted teeth in some respects.

Option 3 is Option 2 Plus insofar as we extend the Article 50 time period more than a few months but it binds us in to European Elections and the next session of the EU Parliament.

Personally, I want to support Mrs May’s Withdrawal Plan (Option 2/3) but please not as it stands. Major obstacles which have arrested my agreement in the past remain. These include the fact that we would have no legal route to leave the EU at a time of our choice, we would continue to pay huge sums and have to accept instructions from Brussels but without any influence on such matters, we could not make separate trade deals with non-EU countries and Northern Ireland – at least in customs terms – is treated separately to England, Scotland and Wales. Maybe such matters can be resolved quickly or by a time extension. I truly hope so.

But if necessary a no-deal situation can work too. It has advantages as well as disadvantages and it is definitely a way ahead; indeed it is the default solution according to law.  If Mrs May’s deal is not accepted next week with the subsequent requirement for an Article 50 time extension we could be out of the EU definitively on 29 March and there would be no implementation period or backstop.  A no-deal situation may not be perfect in the short-term but will be in the long-term.  We could do it.

So for me I want a deal that works in our interests as my first choice but that looks increasingly unlikely. But, failing that, I can live with a no-deal too.

History teaches me that we as a nation tend to muck up things to start with, then muddle through and get into a situation that works satisfactorily in the end. I have faith that history will be right. We are a great country and we will sort it out one way or other. We always have done in the past and will do so again.