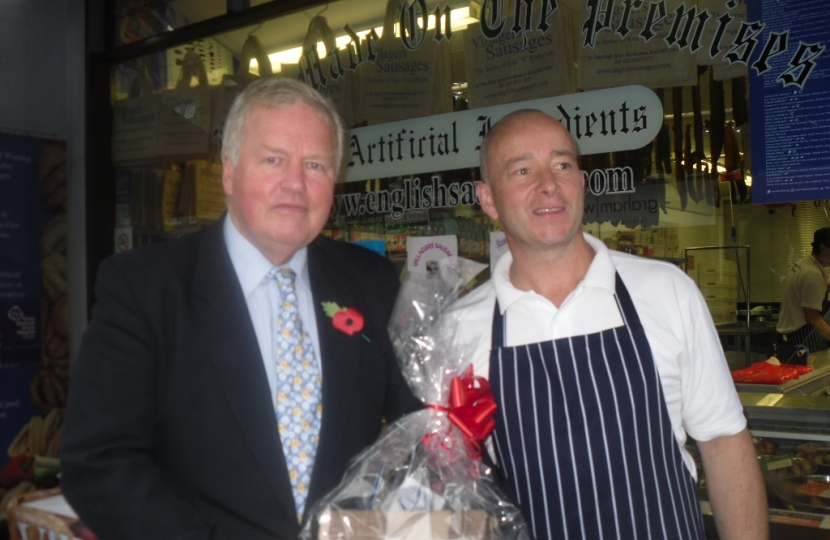 Four pupils were given the task of designing a unique sausage flavour whose merits would be judged by local MP Bob Stewart and the Mayor of Bromley Council.

Rachael Barber aged nine was declared the winner with with her combination of honey, fresh leeks, sweet red peppers and sweet red cox apples in the ingredients. 'Barber's Bangers' will  be produced and sold by the store for a week with a percentage going to Great Ormond Street Childrens Hospital.

Bob said ""I congratulate the winner along with all the participants on their efforts. All the sausages were so tasty! I'm pleased to have played a role in celebrating the sausage"".