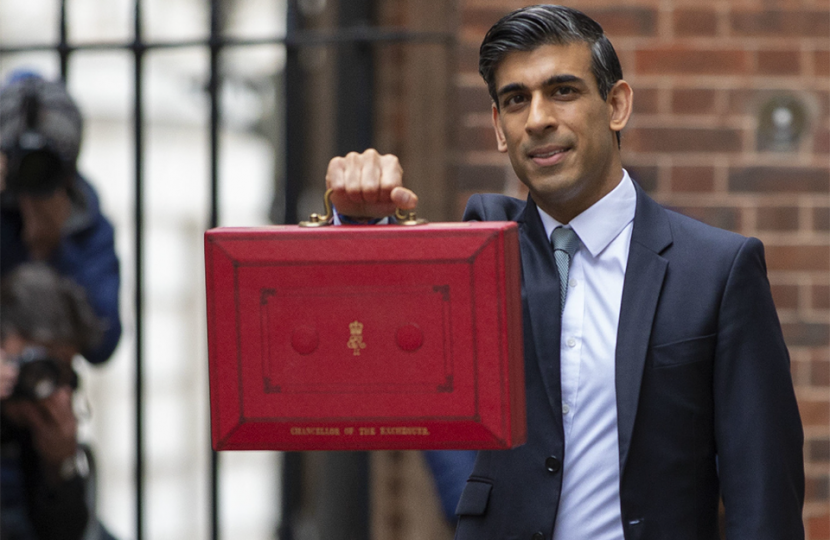 The major political event of the last week was the budget set out by the Chancellor of the Exchequer, Rishi Sunak, before a packed House of Commons. There were a number of important items in this budget which I was really pleased with and which will be hugely welcomed by my constituents in Beckenham.

I would like to briefly highlight some of the news and policies emanating from the budget  which I believe will make a positive difference to people’s lives going forward.

Firstly, I was very happy to learn that borrowing as a percentage of GDP is forecast to fall from 7.9% this year to 3.3% next year. This is a lower figure than was predicted at the beginning of the year and will mean that we are starting to get borrowing back to a sensible level after the extraordinary action which had to be taken to keep the economy afloat during the pandemic and, most importantly, to protect people’s livelihoods. Furthermore, borrowing as a percentage of GDP will then fall in the following four years to 1.5%. This is fantastic news for a Conservative like me because we must live within our means and avoid unsustainable borrowing at all costs!

On policy matters I was really pleased that Rishi Sunak listened to representations from Conservative MPs, including myself, when he announced a significant change to the Universal Credit system. The taper rate will be cut by 8% by no later than 1 December, bringing it down from 63% to 55%. Put simply: this will allow claimants to keep more of their payments as they transition into work. It will create a stronger incentive to find a job for those on Universal Credit and will ensure that every claimant keeps more of every pound they earn as they return to employment. Following removal of the temporary £20 uplift brought in during the pandemic, I believe this is the fairest approach to continue supporting those people who are genuinely seeking work.

Continuing the theme of helping people at the lower end of the economic ladder, the National Living Wage is set to increase next year by 6.6%, to £9.50 an hour. I am delighted that this move provides further evidence of the Conservative Party’s unwavering commitment to make work pay for people on the lowest incomes.

I know many people have concerns about waiting lists for hospital appointments and gaps in their children's education as a consequence of the pandemic. I was therefore pleased that £6bn of funding has been allocated to help tackle the NHS backlogs and schools funding is set to return to 2010 levels in real terms - an equivalent per pupil cash increase of more than £1,500.

In summary, the Government should get huge credit for both rebalancing our economy after the dreadful impact of the last 18 months and for carefully targeting public spending at the most pressing economic and social priorities.