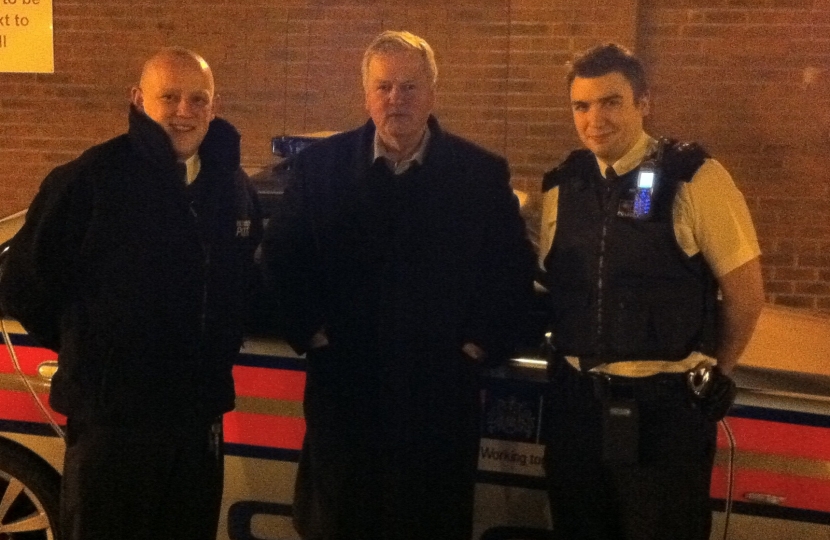 Bob Stewart MP spent an evening out with offiers from Bromley Police to experience the challenges they face in his constituency on a Saturday night.

At Bromley South police station Mr Stewart spoke with Duty Officer, Inspector Keith Exton, where they discussed policing issues in the area. Bob then had a tour of the station where he saw how suspects are processed when they are arrested- including a tour of the cell block and seeing how detainees are fingerprinted.

He was particularly interested to see how much paperwork duplication the police are required to complete when they make an arrest, which obvilously significantly reduces their presence on the streets of Bromley. For most of the evening Bob was on patrol on patrol with Police Constable’s Simon O’Reilly and Gareth Tuck as they responded to 999 calls. Bob was deal with a suspected domestic violence incident and a suspected fight involving youths.

Bob said: “Spending time with Bromley police reminded me of just how fast, furious, difficult, and sometimes dangerous are the tasks that our police perform on our behalf. I was greatly reassured by the professionalism, common sense and kindness shown by the police officers I joined for the evening.”