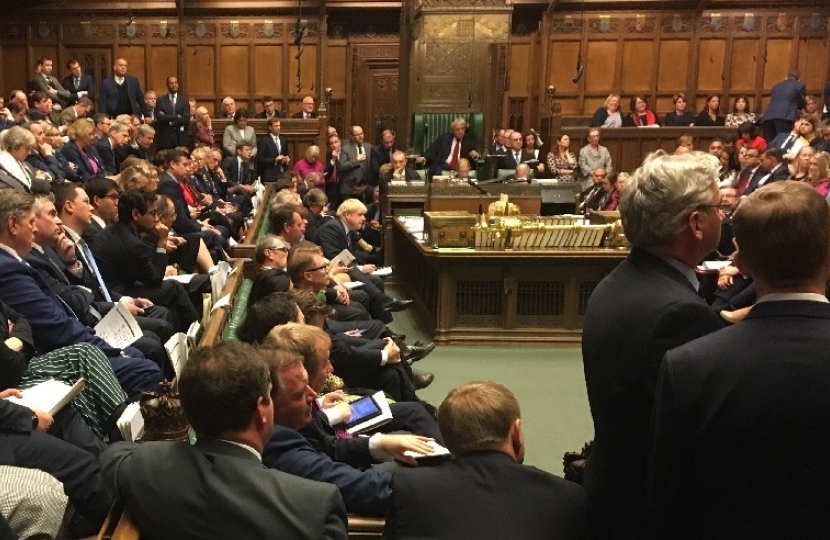 Yesterday I voted against Sir Oliver Letwin's amendment to withhold parliamentary approval on a deal with the European Union until legislation needed to implement it is approved in the House of Commons. The government was defeated over this amendment by 322 votes to 306; a deficit of 16 votes.

That saddened and definitely irritated me too as I want to get the whole matter of BREXIT sorted. We have little time to do it before the 31st October when I remain certain that we will be leaving the European Union. Let me explain why I think that.

Letwin's argument was that he wants a deal but does not, under any circumstance, want a no deal. He felt that this was possible even after the so-called Benn Act specifically ruled it out. As Letwin announced in a point of order, after getting parliamentary approval for his amendment, he will now vote for the deal - and so it seems will others who supported his amendment.

Many though voted for the Letwin Amendment because they want to scupper BREXIT entirely but he explained that was not his intention and from now onwards he and others who think like him will part from those that simply want BREXIT abandoned. Letwin explained that his amendment was simply a measure to stop any no deal by default. I think that caused unnecessary delay and aggravation and thus my irritation with Letwin. The course is set and Letwin's intervention caused delay to it that was simply not required.

So the Government will now press ahead with legislation and that will start tomorrow. Obviously I will be voting for it, so will Letwin and many of his friends and also (I believe) will quite a few Labour MPs. The European Research Group of Conservative MPs have also said they will back it in entirety. I hope too that the DUP will be persuaded to support it as well. There is now real momentum to get this matter resolved.

Honestly I believe the legislation to exit the European Union will be agreed by the House of Commons and parliamentary approval reached before 31st October. There will be no need for any extension of our membership beyond that and, actually, the European Union (as explained by President Macron last night) doesn't want it either.

At last I see agreement on a BREXIT deal by the majority in the House of Commons; all Conservatives definitely, quite a few Labour MPs, some independent ones too and (perhaps even) the Democratic Unionist Party after some reassurances are given. In truth the European Union deal only needs support from another 9 MPs and I feel that is perfectly achievable at last.

We will be leaving the European Union on 31st October and the House of Commons can then concentrate on other exceptionally pressing matters too. Thank Goodness for that.