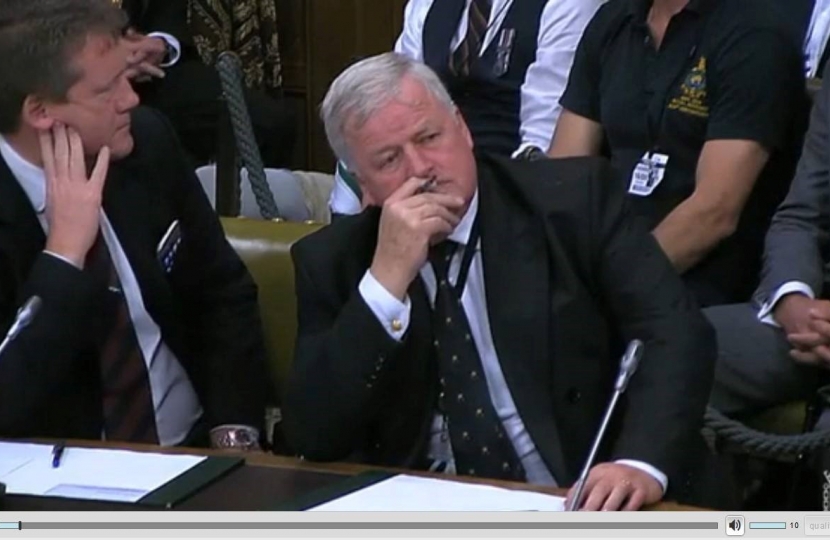 I voted to reject the BREXIT Draft Withdrawal Agreement on 15th January because I believed it was so far against our National Interest that I could not support it.    I did that with a heavy heart because I was voting against my own Government, but I felt that what I perceived to be the best interests of the country were poorly served by what was on offer.

So, we are where we are and we as a country face some important decisions in the very near future.  I have spent many hours pondering where we go now and so let me explain my thoughts on the way forward.  I will do so by examining some of the options I think may be open to us.

Option 1:  Renegotiation with the European Union

The Prime Minister has little choice but try to do this.  For me the crucial clauses to renegotiate are the Back-Stop provisions which propose that the Irish Sea becomes a border between Northern Ireland and England, Scotland and Wales and which stops us quitting the European Union without its full agreement.  In the Draft Withdrawal Plan provisions we also continue to pay for the privilege of a connection to Brussels without any power in the organization.  Am I alone in distrusting that the European Union – all 27 of them – would be prepared to give up such an easy source of income?  I haven’t mentioned the problems of our fishermen or Gibraltar either, but they also matter greatly to me.   If all those problems could be sorted, then Mrs May’s Draft Withdrawal Agreement could be in the National Interest.

Yet I believe that the EU is appalled at the thought of an unreached agreement, but I hope (fingers crossed) that the size of the Government’s loss on 15th January might just give Brussels an incentive to revisit its positions.  Perversely the fact that Mrs May’s Draft Withdrawal Agreement was so severely trounced might give her more power in her negotiating position for new arrangements - even if the European Union has stated there will be no further discussions on the matter.  She can argue with complete justification that the deal she and they have negotiated will just not work.

Option 2:  Leave on 29th March without an Agreement

This option is viable.  Apart from the fact that we would not have to pay £39 billion (more than the annual Defence Budget) in a divorce settlement, there are other advantages to it too.

A break clean, a term I prefer rather than no deal, gives us certainty and a definitive date for all planning i.e. 29th March.  Officials at Dover and Calais ports do not think there will be a problem of congestion and are planning to alleviate any problems carefully. Watching the French media it is clear that France overall is preparing for a clean break too.  Neither Northern Ireland, the Irish Republic, the European Union and indeed our Government wants a hard border on the island of Ireland and I believe it is technically and administratively feasible too. Rollover plans in the event of a clean break are certainly being made now.  Next week I will again be visiting the Northern Ireland border to check these.

We would also re-establish control over our fishing waters without argument and have given nothing away with regard to the sovereignty of Gibraltar – a matter which, having served there in the Army, concerns me greatly.

Trade would revert to World Trade Organisation (WTO) rules (to which we have always paid dues) and that can work too.  Reading previous Trade Minister Lord Peter Lilley’s examination of future trading relationships is particularly enlightening. If anyone would like to see his analysis it is easily obtainable at https://globalbritain.co.uk/wp-content/uploads/2019/01/GBLL-paper-30-Truths-Final-05.01.19.pdf. Lilley was much involved in setting up Britain’s relationship with the WTO and should know what he is talking about.  He reckons we already pay 7 per cent on our goods traded in Europe but under WTO rules it would be lessened to 4 per cent.  Interestingly the clear majority of people who want to rule out leaving without an agreement also do not want us to leave the European Union.

Option 3:  An extension of Article 50

I can see this could have some merit because there may be a bit of minor legislation which has not been achieved by 29th March and it gives us more time.  But it is also a way of stalling – proposed again by many who want to stop us leaving the European Union anyway.  I cannot really see why it should be necessary; if we are serious about leaving the European Union which both major parties, after all, declared to be their policies at the last general election.  The House of Commons agenda right now is hardly filled with legislation, so we can notch up a gear too.

Many are calling for this but in Parliament there is honestly little heart for it in either of the main political parties.  What would it solve as well – unless any future Government elected were to renege on leaving the European Union?  Looking at opinion polls the nation seems consistently split on about equal terms since the Referendum.

Calling a General Election is also far more difficult than in the past.  The Fixed-Term Parliaments Act introduced in 2011 makes it far more difficult for the Prime Minister to call a snap General Election within 6 weeks.    It can be done but requires a two thirds majority in parliament to achieve that.  Although Jeremy Corbyn may publicly be demanding an election be called that is not the view of the majority of Labour MPs behind him, many of whom believe their prospects of being elected under his leadership as being bleak to say the least.  This is what my personal friends on Labour benches have told me frankly.

There is a way and that is if the Government itself lost a No Confidence Motion a General Election must follow.  This device was followed on 16th January, but the Government won by 325 to 306 votes (more than I thought would happen).  Thus, there is unlikely to be a General Election – at least before we leave the European Union on 29th March, which we are bound to do now by law.

I thought we had a ‘peoples’ vote’ in 2016 and the decision was made then. To those that argue that the people didn’t know what they were voting for in the Referendum I remind them of what was in the Government (‘remain’ supporting and costing £9 million) leaflet put through every post box in the country. Our then Prime Minister, David Cameron (an avowed ‘remainer’), also kept repeating that, if we voted to leave the European Union, it clearly meant we were leaving the Single Market and Customs Union. There would be no half-way house. That was absolutely spelt out and emphasized in that leaflet too. I particularly remember David Cameron explaining all the time on TV that the Referendum (in 2016) was a once in a lifetime decision and would not be repeated.

If there was another referendum (probably impossible in the time anyway) and there was a majority in favour of remaining in the European Union (not sure of that by any means based on my own e mails and opinions outside London) would those that voted to leave not also demand that there should be yet another (third) referendum for fairness? Again, we are where we are now and should simply get on with it.

I will make a very personal point too.  In 2016 I went from door to door telling people that their vote was important, and they must vote for what they thought to be right.  I didn’t use the words ‘people’s referendum’ but recall saying it was what I called a ‘voters poll’ to determine exactly what the country should do. To be fair I did not try to persuade people either way.   I also remember telling constituents that whatever they decided would be enacted in Parliament – which was what it said in the Act setting up the Referendum.  Like David Cameron I too explained that the vote was a once in a generation opportunity to express the national will.

My final point on another referendum is that those people who campaigned with me on the doorsteps during the last referendum campaign (not all Tories by any means and both remainers and brexiteers for that matter) have told me that they would not do so again as we told everyone that the 2016 Referendum was definitive and that Westminster would carry out the will of the people – even if that will was achieved by just one vote and not  a 3.8 per cent advantage.  I am not sure I could also take to the streets again asking people to vote once more – having assured them that the 2016 Referendum was a once in a lifetime opportunity.  In truth I believe a second referendum would again be divisive, poisonous and give rise to yet more bitterness.

Option 6:  The House of Commons takes Control of the Matter

This proposal does have some supporters – such as Nick Boles, a Conservative MP.  But it is an absurd proposition.  It would fundamentally undermine the British Constitution.  It takes decision-making power off the Executive (The Government) and gives it to the Legislature (Parliament).  How that would solve the problem beats me as the House of Commons cannot decide on what should happen now – let alone if it had to make such decisions?  To me this is simply not a runner.

Option 7:  Revoke Article 50 and Stay in the European Union

There are MPs on all sides who suggest this, but it fundamentally goes against what Parliament promised the British people in 2016. It was also passed by a huge majority of MPs in the House of Commons.  To do this would involve a humiliating climb-down of course (it has happened before) but fundamentally there is not even an approaching majority for this in Westminster whatever its proponents argue.  Most of the points I have made in Option 5 would also apply so I will not repeat them again.

From my viewpoint the way forward must involve Option 1: Renegotiation with the European Union.  But that renegotiation must involve changes to the Back-Stop provisions – nullification of all its proposals works for me.  I repeat my view that we can only accept a Withdrawal Agreement that is in the National Interest which Mrs May’s current proposals certainly do not.

In truth, in a conversation I had with the Prime Minister in person on Sunday 13th January, I said just that.  But I also stated that I might be able to contemplate voting for her deal if she were able to remove the Back-Stop provisions in entirety.  Mrs May told me that nobody – neither her nor the European Union – wants to enter a Back-Stop arrangement.  I replied that, in that case, why have it at all and could not the European Union agree it was not required?   I hope we can get the Back-Stop arrangements removed but we shall see.

However, if renegotiation does not work (I hope it does), then I feel we have no choice and the way forward becomes Option 2: leaving on 29th March without an agreement.   As I have argued above that is workable and we can do it.  I will not repeat the arguments why again, but I will point out something I have not mentioned above.  Right now, we seem to trade with all other states outside the European Union (such as the United States, Japan and Australia) with relative ease on WTO rules so why not?

To me the way forward is to obtain a better deal or, if not, no deal at all.  Right now, I believe, that is the choice we face.