Bovine TB and the Badger Cull 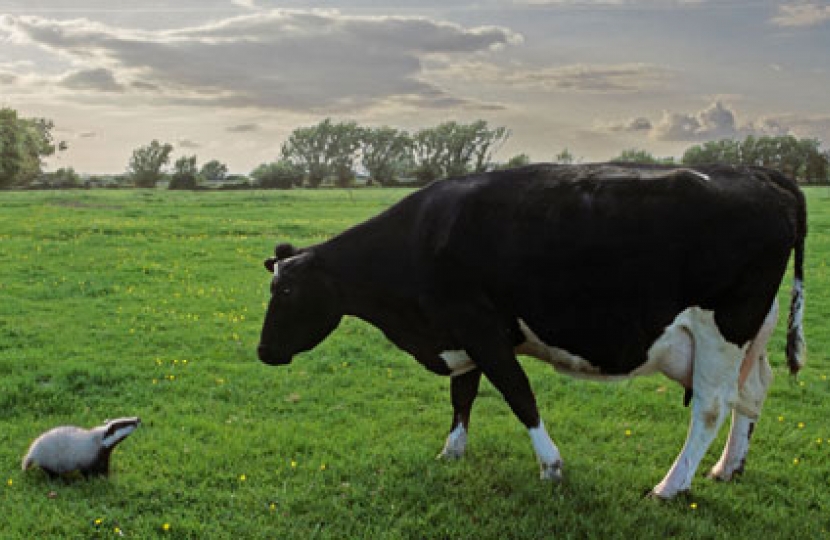 Bovine tuberculosis (bTB) is an infectious disease of cattle and one of the biggest challenges facing the cattle farming industry today.  It is caused by bacterium which can also infect and cause TB in badgers, deer, goats, pigs, dogs and cats.  However there seems no doubt though that bTB among cattle is being spread in some part by the urine of badgers.

So far in the UK it is particularly prevalent in the West and South West of England but it is spreading throughout the country year on year. As yet South East England is not infected by it.  Obviously farmers in Kent, Sussex and Surrey, around us, want its onward progress to be arrested.

From 1 January 2002 to 31 December 2012 more than 305,000 cattle were compulsory slaughtered as a result of bTB.  In 2013 up until 30 September a further 24,600 cattle were slaughtered. This has cost the Government more than £500 million in compensation over the last 10 years and these costs are estimated to double by 2023 if the situation is not addressed.

Ireland has had a comprehensive eradication programme which includes the targeted culling of badgers.  Since 2000 there has been a 45 per cent reduction in bTB there.

However bTB is a very complex bacterial disease and developing an effective vaccine is proving very difficult.  The only licensed vaccine, the Bacillus Calmette-Guerin vaccine (BCG) provides only limited protection in about 60 per cent of cases.  However the Government is investing heavily in the search for a more viable vaccine.  Since 1998 more than £23 million has been spent on developing a cattle vaccine and oral badger vaccine.  A further £9.3 million over the next 4 years has been allocated in the search for such a solution.

A further problem is that, in tests, it is very difficult to identify whether cattle have been vaccinated or actually have bTB.  A checking procedure developed by Professor Glyn Hewinson, Chief Scientist at the Animal Health and Veterinary Laboratories Agency, called the DIVA test, may help,

Thus in late summer 2013 a limited trial of badger culling – to see what impact it would have on bTB - was carried out in West Gloucestershire and West Somerset.  But the number of badgers killed was far less than expected and this obviously impacts on the trial.  Those that were against the whole idea of such a trial have again called for its cessation.  As I now understand it a so-called Independent Expert Panel is expected to report with its findings shortly.

My own view until now has been to back the UK’s Chief Veterinary Officer who maintained that the trial cull of badgers was a necessary evil in combatting the rapid spread of bTB.  However, given its apparent limited success, I will await the findings of the Independent Expert Panel to see whether I stick to that opinion.