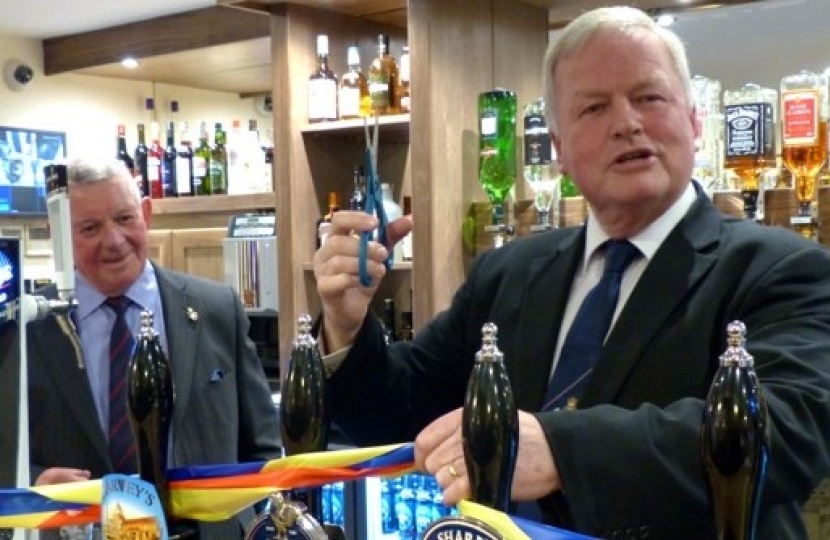 On the evening of Tuesday 18th February Bob visited the Royal British Legion Club in Hayes.  He was welcomed by David Jukes, Vice Chairman of the Club and John Rayment, the Club's Chairman.  After some time talking to the many members present Bob formally opened the new £40,000 facilities - including a fabulous bar.  Bob has been a member of the Royal British Legion for over 40 years but he was was especially thrilled to be made a Lifetime Member of the Hayes Branch.  Immediately he put on the Club Tie which he is wearing in the attached photograph. Club Chairman, John Rayment, is also standing behind Bob in the photograph.